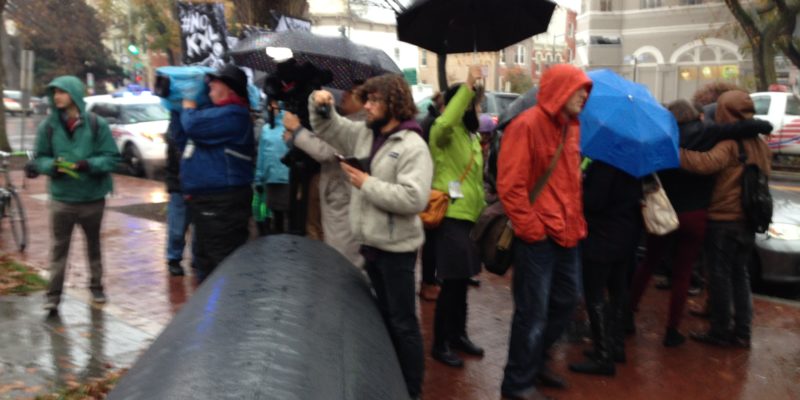 Yesterday, Sen. Mary Landrieu (D-LA) got a visit at her Washington DC Townhouse from the environmental left-wing crowd.

According to sources with the Daily Caller, environmentalists protested outside of Landrieu’s home, picketing that she oppose the Keystone XL Pipeline, which they argue will damage the environment.

So some protesters picketed a Senator. No big deal, right?

The funniest part is that the left-wing protesters propped a fake black plastic pipeline on Landrieu’s front-yard.

Protesters also brought along a mock black plastic pipeline. The source said Capitol  Police and D.C. Metro Police are on the scene, but appear to be letting the protesters stand in Landrieu’s yard anyway.

There were supposed to be hundreds of protesters, but as it turns out, there were only about two dozen. Take a look at this exclusive photo: 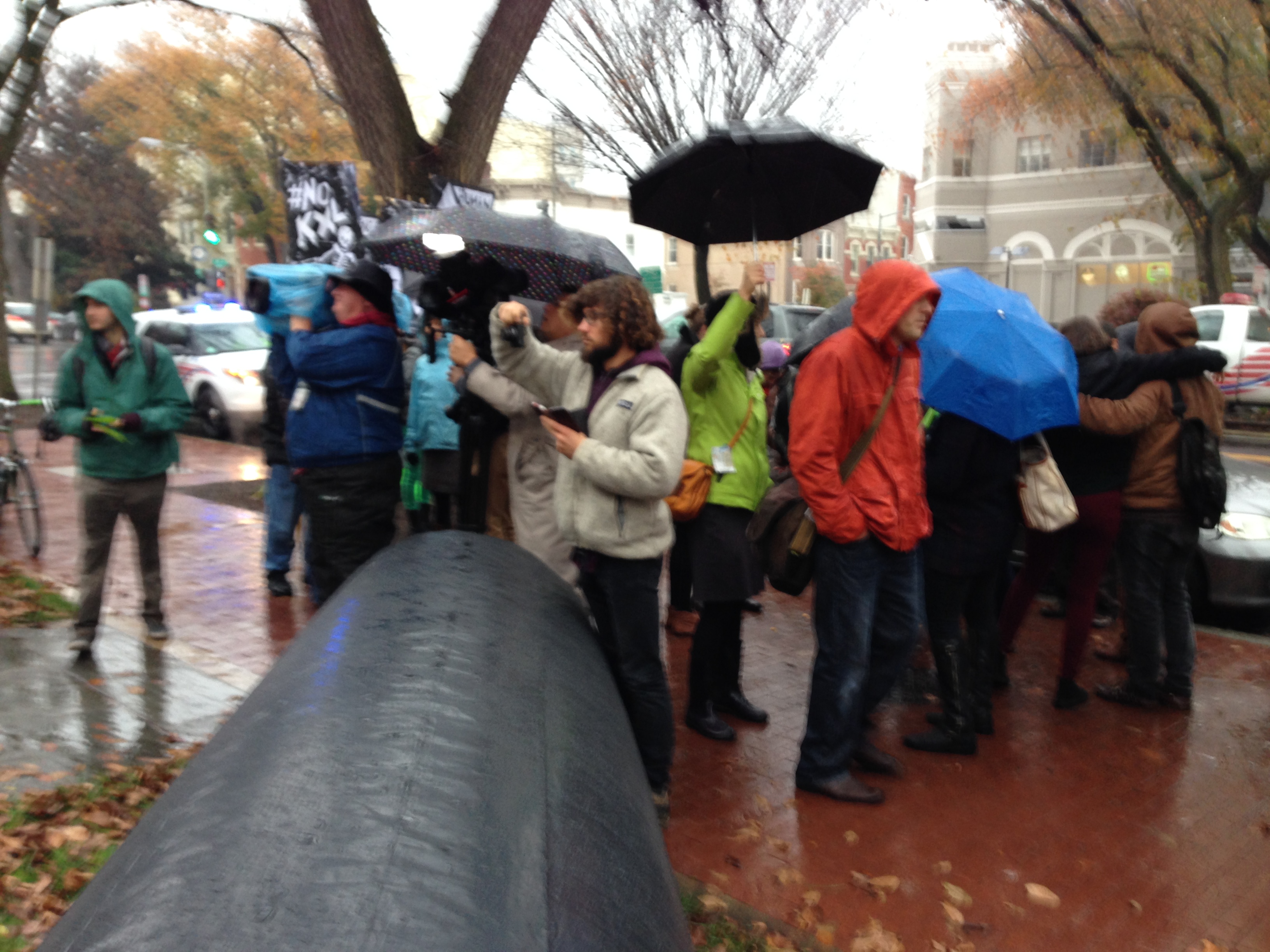 The protesters come as the Senate will vote on the Keystone Pipeline today, though it looks as though Landrieu is just short one vote to get the project passed.