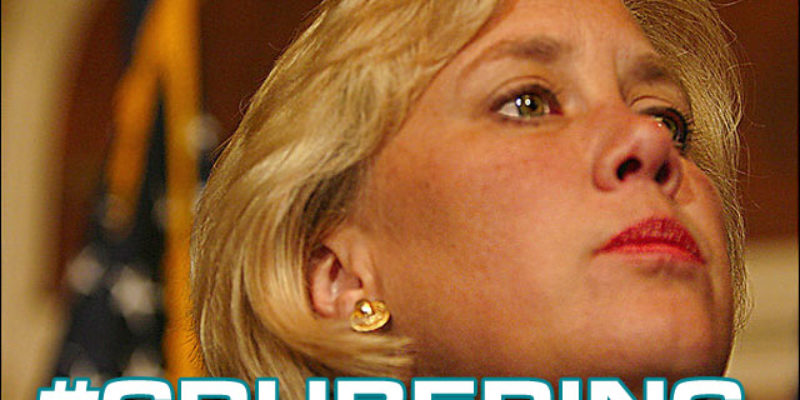 Our buddy Rick Shaftan found this one as well, monitoring KDKS 102.1 FM in Shreveport. It’s another one of the spots the Landrieu campaign and the Louisiana Democrat Party are running on black radio stations around the state.

And like the one in Berwick yesterday, it makes a bunch of idiotic and outrageous claims about Republicans designed to gin up the black community to turn out for early voting.

Like the one yesterday, there is no “I’m Mary Landrieu, and I approved this message” disclaimer as required by law, which is an indication of how bush-league these spots are.

The highlight comes toward the beginning, where Jackson, the Democrat state representative from Monroe, says “the Republicans are even considering impeaching” the president. Which is quite patently not the case; by now it seems almost everybody has seen or heard about the famous clip of Rep. Trey Gowdy who, asked about impeaching Obama, shut it down with the memorable quip “Have you met Joe Biden?”

But the truth isn’t a particular priority in these ads. Jackson and the other speakers in them don’t have by way of specificity, or anything particular to say about Mary Landrieu, either, so the message is that Republicans “disrespect” the president. That’s a word loaded with meaning, of course; you “disrespect” somebody in the ‘hood and you’re likely to have a fight coming.

Not that respect for the audience is in particularly long supply in these #Grubering ads. They don’t work too hard at intellectual persuasion.

It’s a purely emotional appeal. But did you notice that Jackson, in exhorting people to vote early, talks about taking care of “business?”

Voting is a “business.”

The mentality on display here is nothing new, but it’s interesting to see what the Democrats are doing outside of the mainstream.