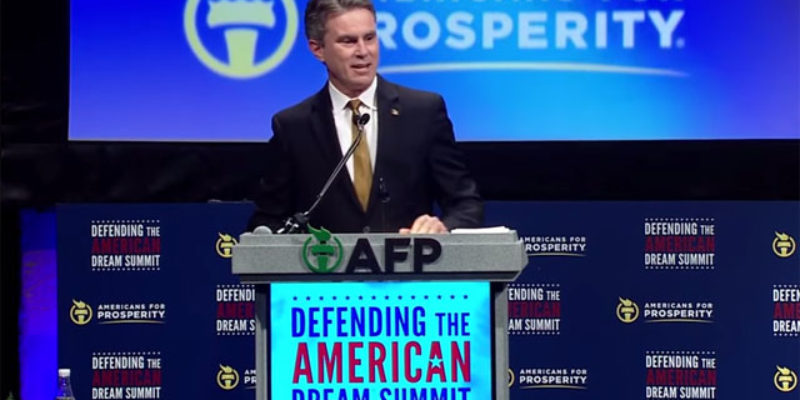 Our readers might remember when we returned from Americans For Prosperity’s Defending the American Dream conference at the end of August talking about the great speech Bill Whittle gave to close out the conference. The tragedy was that we didn’t have any video to show you from that speech.

Well, as it turns out that video surfaced a couple of weeks ago on Whittle’s YouTube page and we just ran across it.

A couple of his Firewall videos have touched on the basic premises of this talk, which goes just under 22 minutes – his characterization of the Left’s thought processes as “magical thinking,” meaning the idea that if you believe something fervently enough you can make it happen regardless of how implausible or impracticable it might be, and the means by which the magical thinkers are able to cow the rest of us into letting them have their way.

We could describe the two premises further, but that would take a lot of the fun out of it. So just watch the speech, and enjoy…