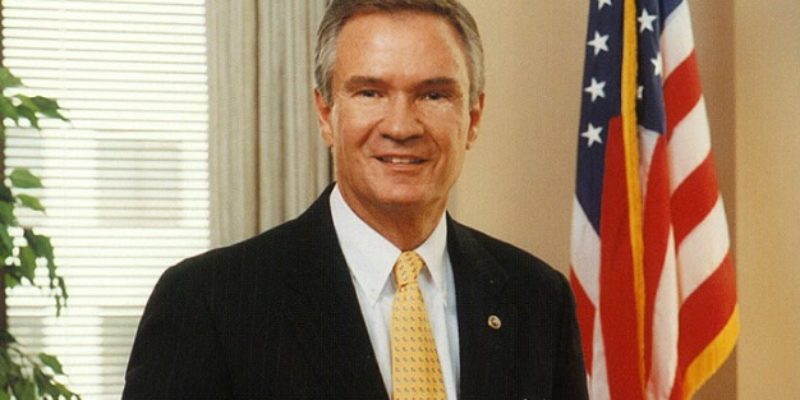 During his time in the US Senate, John Breaux was one of the most dominant figures in Louisiana politics.  That’s not to say he was domineering, though some Democratic activists maintained that he was behind the scenes.

The Louisiana GOP pretty much gave Breaux a pass in the senator’s first re-election in 1992. Breaux’s main opponent wasn’t even a Republican but an independent candidate named Jon Khachaturian.  Name doesn’t ring a bell does it?

Six years later and two years removed from a razor thin loss to Mary Landrieu, the Louisiana Republican Party decided to put up a fight and drafted Jefferson Parish State Representative Jim Donelon to challenge him.  That campaign could best be described as a lonely effort.

Republican Governor Mike Foster publicly embraced Breaux while the national GOP distanced themselves from the campaign.  When this once Young Republican activist asked the National Republican Senatorial Committee chairman Mitch McConnell what he planned on doing in Louisiana, his reply was “nothing much” before briskly walking away.

Even the man Breaux defeated for the US Senate in 1986 was counted as one of his contributors in 1998.

Breaux was the leading centrist in an increasingly partisan Beltway and was the Republican Party’s favorite Democrat.

President George W. Bush often heaped praise on Breaux and had he sought a fourth term in 2004, it’s doubtful the Bush White House would have offered support to a Republican challenger to Louisiana’s senior senator.

Why was Breaux so formidable that the opposing party practically gushed over him?

While Breaux caucused with the Democrats and was an ally of Bill Clinton, he largely represented Louisiana’s values.  He was a defender of the petroleum industry, pro-life, a hawk on military matters and was not afraid to be publicly critical of his party’s increasingly radical tendencies.

Every blue moon he would pull his vote towards left field to maintain his party card, including voting against the Supreme Court nomination of Robert Bork.

He was a member of his party’s Southern Democratic patronage wing- Breaux and his brother “blue dogs” would work with the White House regardless of which party controlled it and hustled to steer federal dollars back home.

After the departure of Edwin Edwards from the scene, Breaux became the de facto leader of his state party and worked to keep it sane, centrist and viable, serving as the patron of a number of prominent Louisiana Democrats who mimicked his politics, including Kathleen Blanco, Chris John (Breaux’s intended heir to the senate seat) and to a lesser and more liberal degree Mary Landrieu.

The defeat of Landrieu for the US Senate officially marks the end of the Louisiana Democratic Party as it existed since Breaux was elected to Congress in 1972 and will accelerate its transformation into something that increasingly resembles the national party.

Prior to Landrieu’s defeat, one could argue that former lieutenant governor Scott Angelle had “turned off the lights” of the local Breaux Democrats when the last great hope of the Louisiana Democratic Party decided he would rather spend the rest of his political career not having to explain away his party affiliation and jumped over to the GOP.

Expect the new post-LandBreaux Louisiana Democratic Party to fully immerse itself in the progressive politics of the national party.  They’ve already staked out leftist positions on social issues and they’re likely not too far behind on working against the economic interests of the state, particularly on energy.

The Landrieu Keystone vote “splat” showed how far the Democratic Party has moved away from its more moderate identity when Breaux last served on Capitol Hill.  Landrieu needed just one more Democratic vote to pass the energy bill and back up her campaign theme that she was an effective figure and indispensable advocate for Louisiana in the US Senate.

The sudden Keystone XL Pipeline vote that had been held up in the US Senate appeared at first to be political theatre at its most crass.  Instead of reinforcing the narrative, Landrieu’s party made an example out of her at a critical point in her campaign, demonstrating they’d rather sacrifice one of their own senators than commit a heresy against their Green Religion.

The trickling down of the Washington Democrats’ progressive politics into the Louisiana Democrats’ bloodstream has contaminated the party and made it less competitive and viable in an increasingly conservative Louisiana.

It’s enough to make Edwin Edwards turn in his bed.