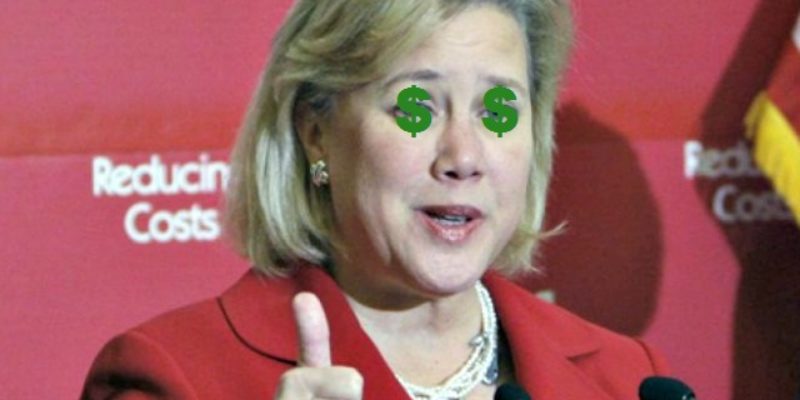 Yesterday we reported about Sen. Mary Landrieu’s soon to be Washington public pension from her time in the US Senate. In short, Landrieu is expected to rake in a whopping $48,000 a year starting at age 62, according to the National Taxpayers Union. Landrieu is currently 59 years old and was defeated earlier in the month by Rep. Bill Cassidy (R-LA).

But, Louisiana taxpayers have already been footing the bill for Landrieu’s time in the Louisiana legislature back in the 1990’s for years now.

Landrieu, on average since 1997 when she joined the US Senate, has been earning between $15,000 And $50,000, since she was 41 years old. We just mentioned that Landrieu is now 59 years old, so she has racked up quite the sum of cash from the Louisiana taxpayer.

However, Landrieu could easily withdraw her Louisiana public pension because voters passed a constitutional amendment back in 1996 to ban pensions for new state legislators, just the year before Landrieu left for the US Senate.

But, by no surprise, Landrieu has held onto her public pension and now, she’ll get to have two.