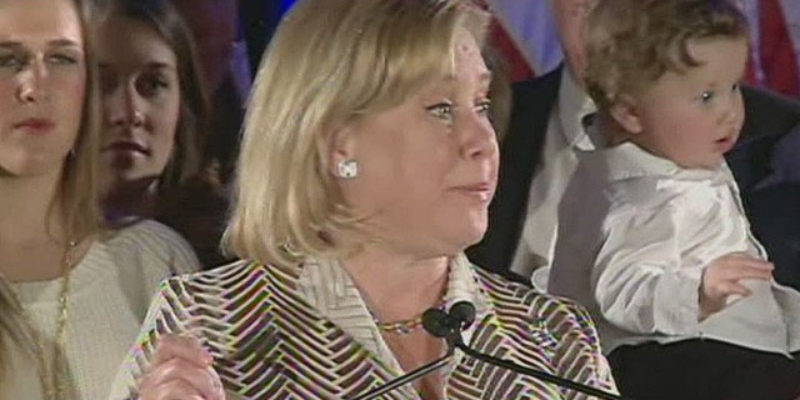 …which is, what’s up with that jacket Mary Landrieu had on tonight? That’s a real peculiar pattern it’s got on it.

It kinda looks like…tire tracks. Like from the truck that just ran her over.

I mean, look at it. Nobody in her camp thought it was worth mentioning that “Hey, people are gonna look at that and say it’s what you’re gonna wear when you just got trucked?'”

Wouldn’t have been my choice, fa sho.

But I’ll give Mary a lil’ credit – she did better than the polls said she was gonna.

There were polls showing her gettin’ beat 24 and 26 points last week. She managed to get it to 12. Prolly a lot of Republcian voters figured they didn’t need to come off the bench on this one since it was in the bag.

But it’s still a big ol’ beatdown, just like everybody knew it would be.