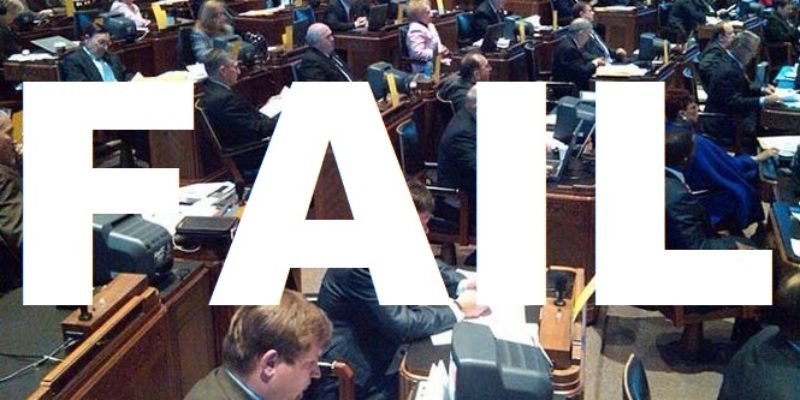 This may be the biggest FAIL of the month.

Here’s the run-down: A Louisiana Sexual Assault Task Force was created back in 2004 by the Louisiana Legislature. The 25-person task force was supposed to study who exactly was performing the forensic exams for sexual assault victims, as well as who was paying for those services.

Not by any surprise, when the individuals who were involved with the task force spoke with the Times Picayune, they passed the buck like pros.

Assistant Attorney General Emma Devillier, who chaired the task force, said that her agency had few resources to dedicate to the project, which was to be overseen by the Attorney General’s Office. When the original bill was being considered, Devillier’s office complained it was understaffed and asked legislators to allocate $76,700 to hire a new assistant attorney general and pay for travel and other expenses associated with task force operations, records show. Lawmakers rejected the request.

“It was really like giving someone a vehicle and then asking them to go from Louisiana to California and not giving them a motor,” Devillier said in a recent interview.

The group met monthly in 2005 from January until Aug. 26, Devillier said, the Friday before Hurricane Katrina hit the Gulf Coast and rearranged everyone’s priorities and lives.

Although the legislation states that the task force is to be housed in her department, Devillier said she all along considered it to be the work product of Louisiana Foundation Against Sexual Assault — and she relied on that nonprofit advocacy group to finish the report, she said.

And here’s every entity that was on the task force:

The Louisiana Foundation Against Sexual

The Louisiana Association of Chiefs of Police

The Louisiana Association of Forensic Scientists

The Louisiana Department of Health and Hospitals

The Louisiana State Board of Nursing

The Louisiana Department of Social Services

The Louisiana Department of Social Services

The Association of Criminal Defense Lawyers

The Louisiana Coalition Against Domestic Violence

A member of the Louisiana House of Representatives

A member of the Louisiana Senate