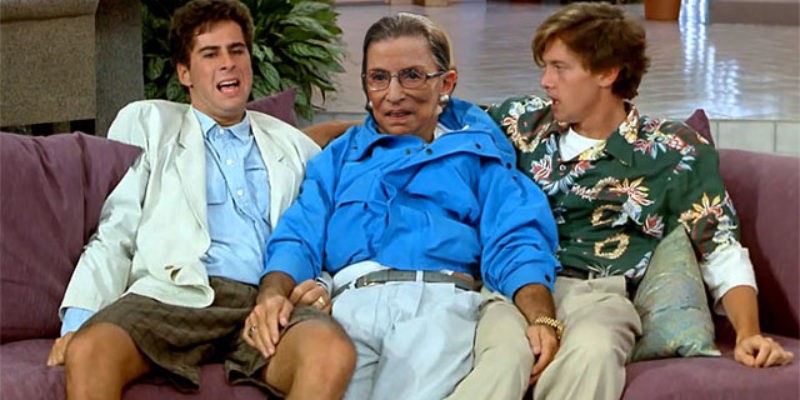 …was exactly how ridiculous the Ruth Buzzie Ginsburg situation has gotten. Y’all notice this?

You could see it every time they put the camera on her.

Here’s the thing. It’s not that Obama bores her. At this point he bores errybody. When you have a U.S. President who says free babysitters is the crusade of our time, you ought to be bored stiff and fallin’ asleep.

But I dunno that Obama is puttin’ her to sleep. I think it’s more like she’s that guy from Weekend At Bernie’s.

I think she’s bein’ animated by use of steam power and industrial springs. An’ since they couldn’t get her to give up that Supreme Court seat before the Dems lost the Senate they’re gonna have a tough time replacin’ her with another Loony Lefty. Can’t get one past the Senate now that the Republicans control it.

And if Obama finishes off his party by the 2016 elections and the GOP finds a way to not screw up the campaign, we’ll go from Weekend At Ruthie’s to a Supreme Court that chews up a lot of Democrat laws once she finally has to give up that seat one way or another.

What that means is we’re gonna see a whole lot of this in the meantime, however long that lasts…