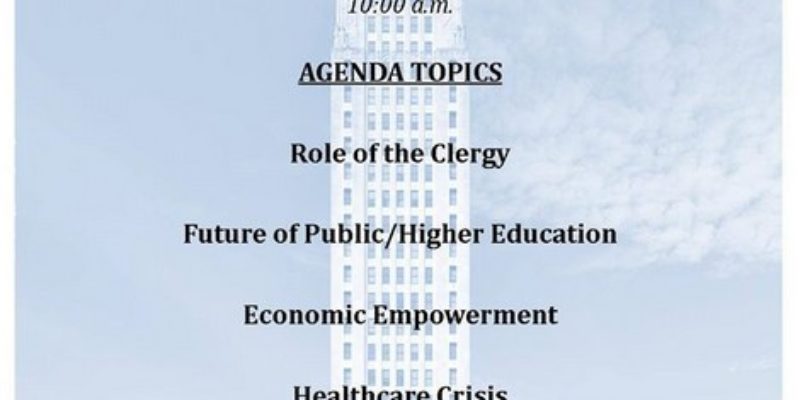 “Dozens of people came out for a rally on the Capitol steps. It’s called ‘Rally for Justice.’ People showed up to share their concerns, and one of the biggest issues is higher education cuts.” 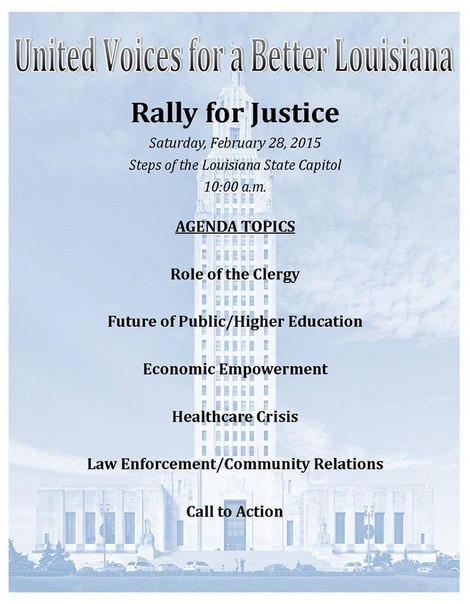 One rally attender shared these remarks with me:

“Senator Broome read a passage from the bible and preached on that message.  Senator Dorsey-Colomb stated that she would give the governor an F minus and the hospital is a death zone because of Jindal.  And that Jindal did not keep a promise that he made to them not to close EKL.  Carnell Washington stated that Jindal and John White are not any good.  From what I heard it was mostly whining and tearing down the governor, complaining about Medicaid expansion, education, common core and healthcare.  Hillar Moore spoke about black on black crime. I was looking for a rally to offer solutions to the problems of injustices”

It seems this “Rally for Justice” was actually a rally for complaining. I have not heard that one solution to any of the issues was shared at the event.

WAFB put it this way:

“Several groups, including the Louisiana chapter of the NAACP along with some state legislators attended the ‘Rally for Justice, Equality, and Inclusion’. They say the rally’s purpose was to draw attention to areas where they feel like state leadership is not acting in the best interest of the people. Two topics they touched on were the cuts to education and healthcare.”

“Everyone blames the governor, and he certainly shares in the responsibility, but this governor could not have done all the things he did without a majority of the legislature.”

This rally made it clear that the left is not able to bring forth viable candidates because they are unable to produce viable solutions. However, It seems that they are good at gathering “dozens” of people to listen to them complain and recruiting news sources to cover their unpopular events.

Interested in more news from Louisiana? We've got you covered! See More Louisiana News
Previous Article Dennis Prager: Should Women Freak Out When Husbands Or Boyfriends Check Out Hotties?
Next Article SADOW: Too Many Cowards To Fix Louisiana’s Broken Budget