Better Together is up to their old tricks again. The mailer below began showing up in St. George petition signers mailboxes on Thursday and has caused quite a stir. The grammatical error on the front has made for some good jokes on social media. But it’s the inside of the mailer that has garnered the most criticism. 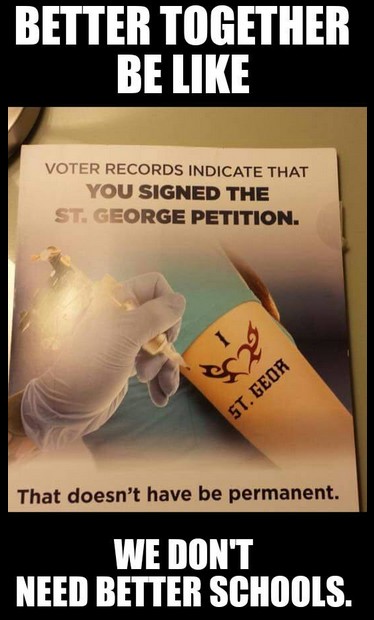 WBRZ reports that the inside of the mailer reads:

“The message reads, “We signed the St. George petition. But when we saw what St. George would do to our tax bill and to our schools, we withdrew our signatures. We’re writing to ask you to do the same.”To form a city, you have to have a plan for how you’re going to pay the bills. St. George organizers do not have that plan.”An independent CPA firm, Faulk & Winkler LLC, found that just to break even, St. George would have to impose one of the larges property tax increases our area has ever seen. And St. George would leave us with even fewer schools than we had before.

“After all the facts came out, we felt we could not have our names attached to a proposal that would increase taxes and displace so many children from their schools.”

The letter was signed by Richard and Sarah Chauvin. 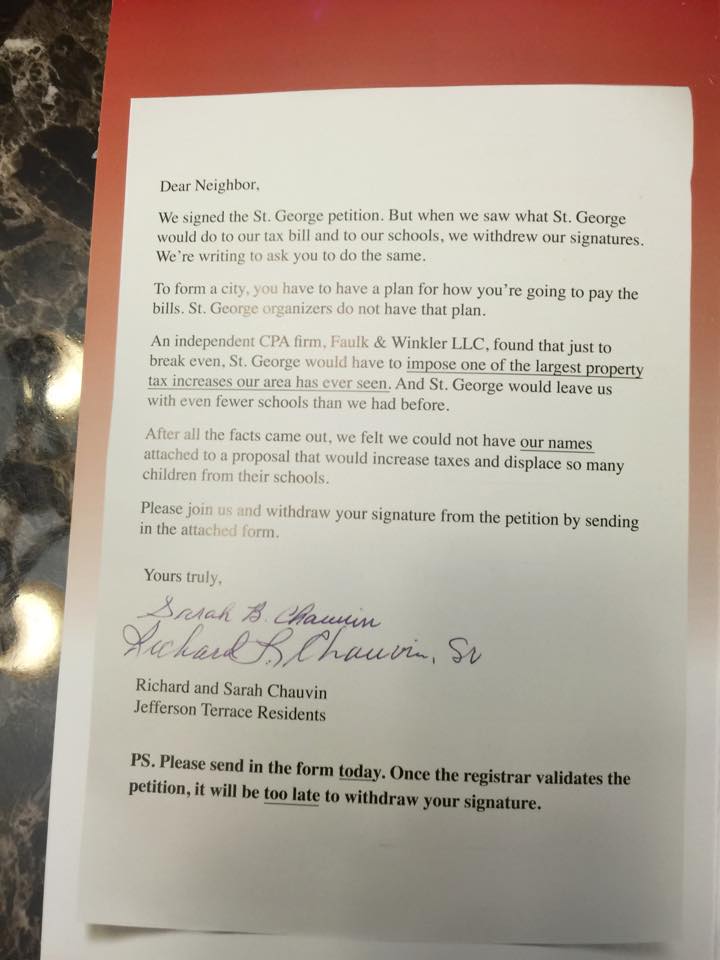 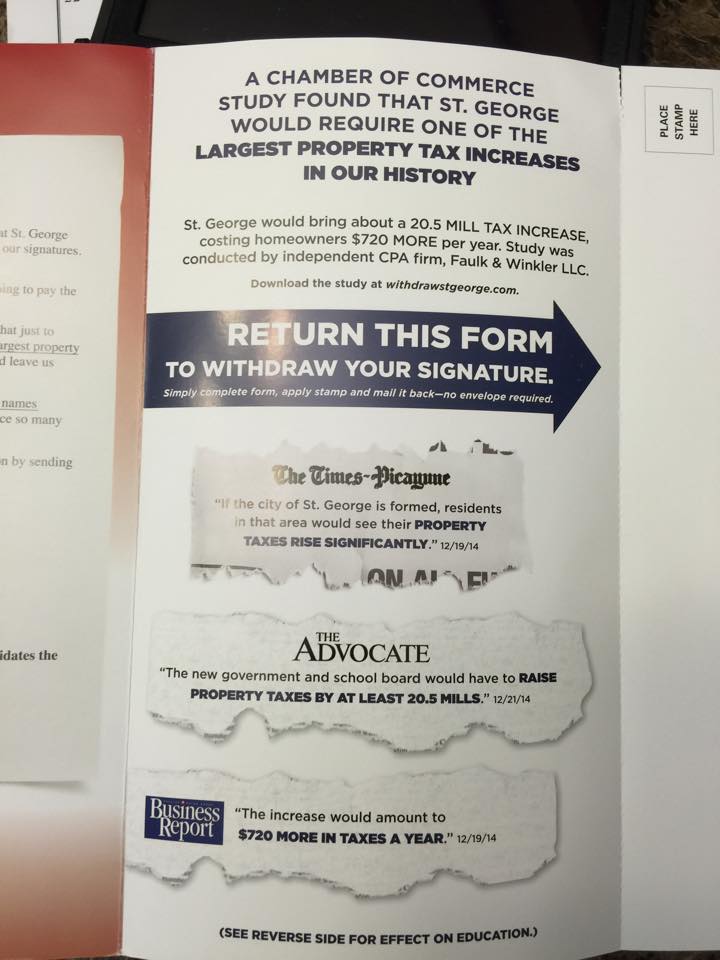 St. George organizers released the following statement on their Facebook page regarding the mailer: 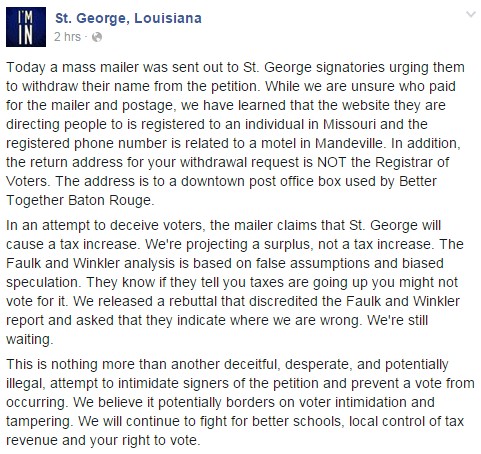 One thing WBRZ did NOT report on was the glaring grammatical error on the front of the mailer. IN FACT during the news piece the reporter corrects the error for them when she “reads” the line. Watch the news story below and see for yourself. When dealing with a issue that is so entangled in education I think it is a disservice to the people to sugar coat the mailer and the obvious error. However, it seems people against the St. George effort and those who want to keep the failing EBR school system how it is are used to living in candy land.

“They should be allowed to vote for or against it. the powers that be and the opposition Together Baton Rouge doesn’t even want you to have the opportunity to vote against it which doesn’t make sense.”

I believe if you spoke to almost any St. George supporter they are “sick and tired” of having to say it too. The process has become long and drawn out due to the City/Parish’s many attempts to thwart the effort.

Since the “City of St. George” issue started out as a fight for local schools in the area I think it is important to take a look at the grammatical error on the front of this mailer. Yes, at first I laughed too, and then the reality set in that the people who sent out this mailer do not agree with St. George supporters that a new school system and local control are not just a want but a need. The same people who used poor grammar on this mailer do not want St. George supporters to improve education by having control of their local schools and are doing all they can to try and stop a vote from taking place. Many wonder if they are scared of an election.

Dave Roppolo complained on his facebook about the mailer: 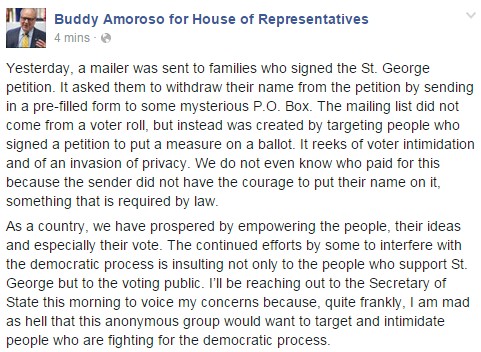 If you want to make an official complaint about the mailer you can do so by contacting the Louisiana Secretary of State by clicking here.

Interested in more news from Louisiana? We've got you covered! See More Louisiana News
Previous Article There Could Be Trouble Brewing For Steve Scalise Out There…
Next Article How Tough Would It Be To Beat Steve Scalise?