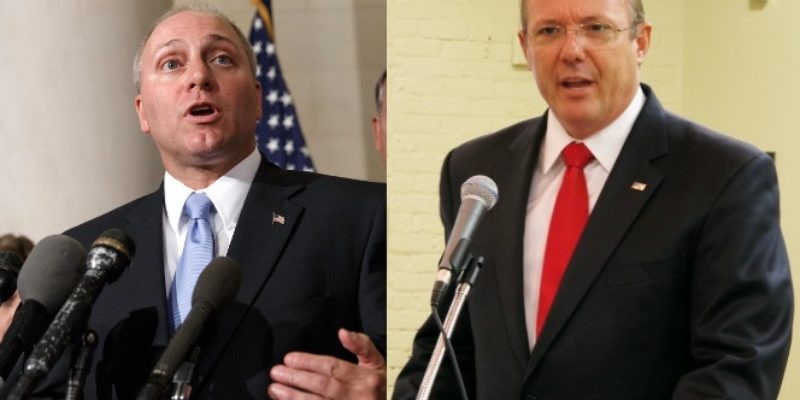 Since Rep. Steve Scalise (R-LA) joined the Congressional GOP Leadership as Majority Whip, he has taken heat for being too conservative, not being conservative enough and failing to bring more conservative ideas into leadership discussions.

Most recently, Col. Rob Maness, the long-shot conservative candidate who attempted a campaign against former Sen. Mary Landrieu Landrieu last year, seems to be positioning himself to the right of Scalise.

Following the Department of Homeland Security funding fight, where Scalise voted in favor of a clean DHS funding bill, Maness sent out this statement to the press:

“As a citizen in House Majority Whip Steve Scalise’s district, I am deeply troubled by his recent actions. The citizens of Louisiana’s First District expect our representative to stand up to President Obama’s amnesty agenda, and the Congressman’s refusal to do so is extremely disappointing.”

Rather than attacking the House GOP leadership, in general, Maness specifically targets Scalise in the statement, drawing into question what his motive could be.

And though a spokesperson for Maness told the Times Picayune that the conservative from Madisonville is not specifically eyeing Scalise’s seat, that could change when Scalise comes up for re-election.

Additionally, for whatever reason, the press coverage that Scalise has been garnering recently has been negative in nature.

In a National Journal article today, Scalise received the headline “Steve Scalise is getting whipped.”

The article portrays Scalise as an unsuccessful majority whip thus far that can not seem to get his conservative principles noticed by the rest of the House GOP leadership.

Also, Maness made a point to make a big deal about his attendance at the Edmund Pettus Bridge in Selma, Alabama to commemorate the 50th anniversary of ‘Bloody Sunday.’ Inevitably, it was hard not to notice that Scalise was not in attendance.

Still, even in Maness does make a run, what are his chances?

While running against Landrieu, Maness was never truly able to gain traction, being overshadowed by Sen. Bill Cassidy (R-LA), despite having an endorsement from conservative activist Sarah Palin.

Even the St. Tammany Republican Committee, which Maness is a member of, endorsed Cassidy.

By the time of the election, Maness finished with only 14 percent, while Landrieu and Cassidy both received above 40 percent.

Though Scalise has been put in a bad light by the press ever since he became Majority Whip, Maness will still be seen as the conservative who was served a big loss during the last midterms.