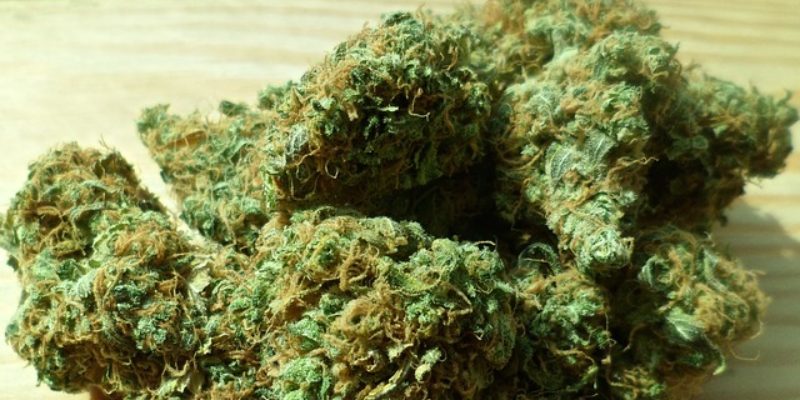 HB 117 would legalize marijuana, if voters approve a referendum on November 8, 2016; which is going to have the presidential election, Congressional primaries, and possibly a U.S. Senate primary as well. It would be a high turnout election and a more conservative electorate than most Louisiana elections.

It’s pretty clear who would oppose this bill; the sheriffs and the DAs. Outside of Legalize Louisiana, there isn’t much of a pro-marijuana lobby in this state.

This is the second session in a row in which marijuana related bills have gotten plenty of attention. Last year, there was a bill to regulate medical marijuana, which is already legal in Louisiana. Honore has also filed HB 6 which would setup the necessary regulations in this session. Interestingly, according to his legislative website, Honore is a retired law enforcement officer.

The Democrats aren’t the only ones pushing marijuana related bills this session. I spoke to Kevin Kane of the Pelican Institute in New Orleans last week and he said that Pelican would be pushing a bipartisan marijuana decriminalization bill this session. The bill would reduce first offense marijuana possession from 6 months in parish jail and second offense marijuana possession from five years in prison to a fine. It would be part of Pelican’s focus on criminal justice reform.

I have many mixed opinions on HB 117 that I had to work through before I wrote this piece. Those opinions involve everything from marijuana legalization itself to using referendums to make law.

As for marijuana legalization itself, it’s too early to make a decision, either way that it’s a good public policy idea. Colorado and Washington state’s experiments are still too new to draw any long-term conclusions on crime and public safety. There is also the problem that marijuana remains illegal under Federal law and we could have a new president who isn’t as willing as this current one to allow states to experiment on this issue.

On the other hand, it’s absolutely insane that the state of Louisiana sends people to prison for five years just for having a joint. This is an extremely poor waste of money and resources that are better used keeping more dangerous inmates locked up instead. Marijuana is no more dangerous to the public than alcohol or tobacco. Finally, although I acknowledge that marijuana is a harmful drug, I believe the War on Drugs in general is more harmful to society.

There is the issue of referendums in general. I see them in general as legislative cowardice, but I’m willing to make an exception here. I think the legislature is working from the same amount of information as the voters are on this issue. A referendum might be the best way to achieve the broadest consensus on this issue.

Would I vote for this measure if it’s on my ballot in 2016? I don’t know, but I do agree that the current approach to marijuana is absurd in this state. But, I do think I should get a vote on the issue, along with all my fellow Louisianians.

The legislature should pass HB 117 and let Louisiana vote on whether we want to legalize marijuana.

Updated at 6:10PM to correct marijuana sentencing information and some summary of Pelican’s bill.

Interested in more news from Louisiana? We've got you covered! See More Louisiana News
Previous Article TALLEYRAND: And Still Undisputed Leader of the Free World
Next Article It Seems I Gotta Take Over Today…