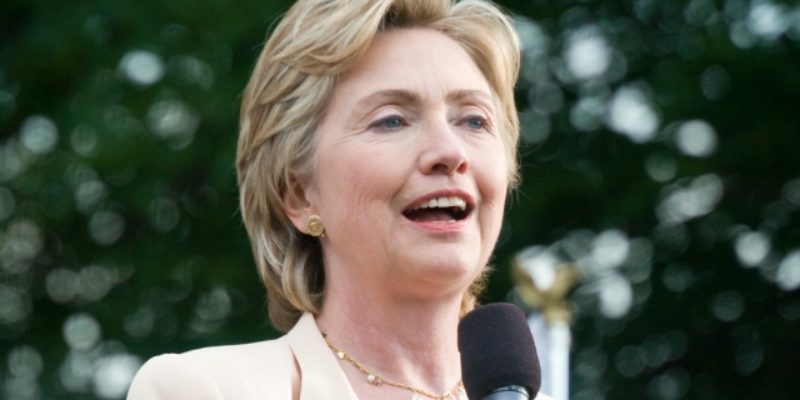 Hillary Clinton has been busted using a private e-mail address, in violation of Federal law, during her time as Secretary of State. Many people are wondering what does she have to hide. Hillary tweeted this out today.

I want the public to see my email. I asked State to release them. They said they will review them for release as soon as possible.

What Hillary forgets to tell you is that the e-mails are on a private server. The State Department can’t release what they don’t have.

Along comes Judicial Watch, who are ready to make Hillary eat her words. Judicial Watch filed a few Freedom of Information Act requests with the State Department demanding access to Hillary’s e-mails. Here’s what they had to say in a press release:

“There are nearly 20 lawsuits and dozens of other FOIA requests that may have been compromised by Mrs. Clinton’s secret email accounts,” said Judicial Watch President Tom Fitton. “We are tired of the Obama/Clinton shell games and will sue as soon as the law allows if this administration continues to unlawfully withhold this material from the American people. In the meantime, we have placed the Department of Justice and the State Department on notice that we expect all secret State Department email accounts, including those of Hillary Clinton, to be secured and searched as the law requires.

“We have no doubt that our 20 Freedom of Information lawsuits against the State Department, one of which led to the creation of the House Select Committee on Benghazi last year, forced the State Department to finally admit to Hillary Clinton’s illicit concealment of government records.”

This is another reason I don’t think Hillary Clinton is as inevitable as many people believe she is. Ultimately, there’s a stench and slime around the Clintons that is so repellant to so many people. Bill charms through it in a glib way, much like Edwin Edwards does here in Louisiana, but Hillary possesses none of her husband’s charm. The biggest reason Hillary is going nowhere near reporters is that the more people see her, the less people like her.

Democrats can ruin this scenario though by not nominating Hillary.

Interested in more national news? We've got you covered! See More National News
Previous Article Another Example Of How These New Orleans Democrats Are Pricing Residents Out Of The City
Next Article REP. BURNS: Americans For Tax Reform Provides Solutions To Louisiana’s Fiscal Crisis