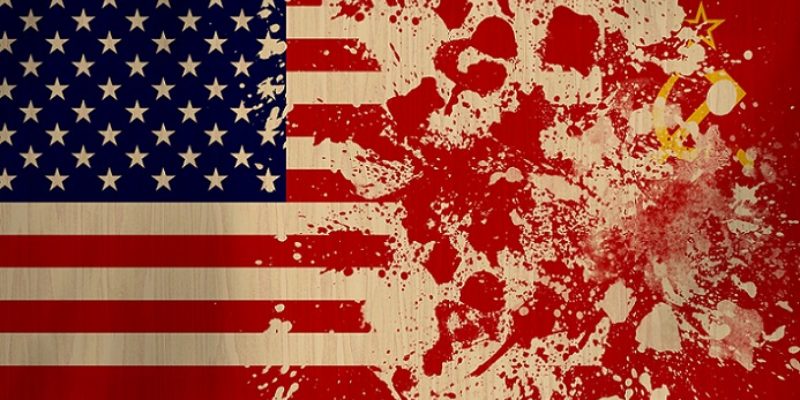 Government-mandated voting. Sounds like something out of the Soviet Union circa 1981.

For Democrats, mandatory voting for all US citizens could become an idea that is put into their party’s platform, as President Obama mentioned the idea during a press conference, and now the White House press office is trying to backtrack on the issue.

But, mandatory voting is perfectly in-line with just about every other liberal idea on the books, so it is not odd to take Obama’s comments as a potential proposal for the Democratic Party.

Mandatory voting, after all, is much like Obamacare. It coerces an individual into doing something for the “greater good of society.”

Mandatory voting is also similar to gun control. Again, it forces the individual to give up their right in order to protect the larger population.

Basically, there is no reason why Louisiana Democrats like State Senator Karen Carter Peterson (D-New Orleans) and Rep. John Bel Edwards (D-Amite), who support plans like Obamacare would not support mandatory voting.

Nonetheless, what makes mandatory voting the worst kind of liberal policy is that it strips the individual of its most basic and essential right: voting.

With this idea of mandatory voting, however, the individual is forced to “do the right thing,” in order to aid in the greater good of the people.

The idea is so horrid mainly because it uses the essential right of voting, a democratic principle, and manipulates it into a government-mandated institution which the individual is forced to participate in.

Then again, that may be exactly what the majority of Democrats strive for. That is certainly the goal of Obamacare, disguising universal healthcare as a “right” in order to have control over a free market system.

Mandatory voting also pushes the idea that the individual who does not vote is somehow “bad.” It does not see the individual as a decision-maker, but rather a pawn in the political process that refuses to participate for no reason.

The truth, nonetheless, is that individuals who choose not to vote are not attempting to obstruct the political process, they simply just do not want to vote.

And no Democrat should question that individual’s choice, because like other issues, it is truthfully none of the federal government’s business.

Interested in more national news? We've got you covered! See More National News
Previous Article The Obama Administration Declares War On Fracking
Next Article Why Do Some Facebook Users Think This Strawberry Festival Poster Is Racist?