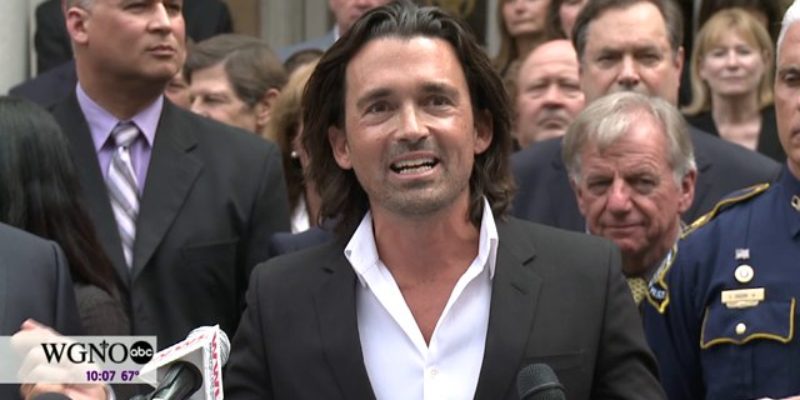 It has not even been a month since Sidney Torres’ mobile crime app and his privately-funded French Quarter patrol launched and yet his initiative to keep New Orleans’ most cherished area safe has already become a success story.

Torres’ “3 men and an app” plan began with his proposal to fund three off-duty New Orleans Police Department (NOPD) officers 24-hours a day in the French Quarter to patrol the area.

Then, the mobile crime app came along, allowing the public to engage with police officers in real-time to report crimes in the French Quarter.

Since launching less than a month ago, Torres has reported that his mobile crime app and French Quarter Task Force have made 46 arrests and have confiscated four guns off the streets in the area.

Additionally, the mobile crime app has already been downloaded by over 7,500 residents and visitors of New Orleans.

So what exactly does this mean for New Orleans and law enforcement?

Torres’ plan first got off the ground after he criticized Mayor Mitch Landrieu for not doing enough to keep the French Quarter safe, citing an upswing in violent crimes and property crimes. With that, Torres and Landrieu made amends and have since worked together on keeping the area safe, according to Torres.

But, the French Quarter is by no means the only area of New Orleans which needs cleaning up.

Areas like the Central Business District (CBD), Uptown and Central City could truly benefit from Torres’ initiative in place in the French Quarter.

NOPD has long been criticized for not doing enough as a law enforcement agency in the city. And Louisiana State Troopers have had to step in to help out where NOPD districts are lacking manpower.

Torres’ French Quarter mobile crime app, though, could become a model in which the NOPD begins to use.

The innovation of using a mobile app to report crimes in real-time, while also having the ability to send photos and an exact location to law enforcement seems to be working out more effectively than if residents and visitors simply called 911 in the French Quarter.

So why not look into a plan which allows the mobile crime app to be used in other popular parts of town, like around the CBD or near Magazine St. in Uptown?

Of course, this would take more NOPD funding and more manpower. Nonetheless, a pilot program for the idea could be set up where using the mobile crime app to report a crime is essentially equivalent to calling 911, except the first-responders would include off-duty NOPD officers patrolling a particular area.

The innovation of solving crime problems through private business owners like Torres is proving to be a success. So why not take that success to the rest of the city?

Interested in more news from Louisiana? We've got you covered! See More Louisiana News
Previous Article SARGE: Acting For The Throne
Next Article A New Report Proves That Expanding Medicaid Would Be A Financial Disaster For Louisiana