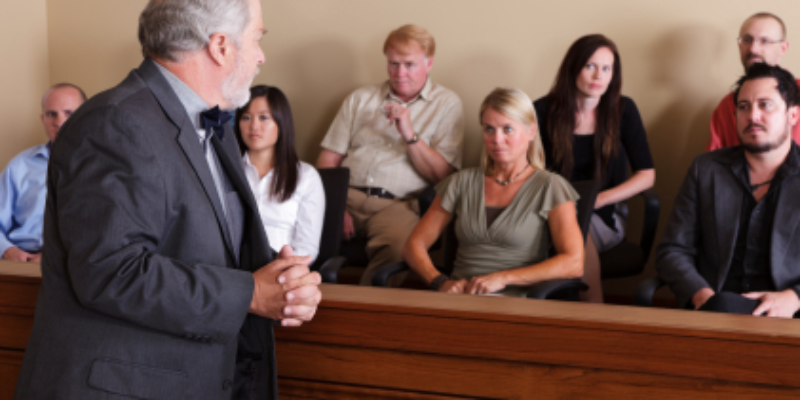 Each year millions of Americans get a sinking feeling when they receive a summons for jury duty. Do I really have to go? How can I get out of it? Who the heck has time to take off of work to serve on a jury?

Unfortunately, in recent decades as our lives have become increasingly over scheduled, more and more citizens regard jury duty as a inconvenience to our daily routines—rather than the important public service that it really is.  According to the National Center for State Courts, less than 10 percent of the 32 million Americans who are summoned for jury duty every year actually take the time to serve.

It is a bizarre paradox that the fictional television series Law & Order is one of the longest running and most popular shows on TV, and yet many people will run from the opportunity to be a part of a real life legal drama. But that’s what jury service really is—the rare but important opportunity to consider the facts of a civil or criminal case and help to decide justice for the parties involved.

Jury duty is one of the most significant civic duties bestowed upon us by the framers of the United States Constitution. According to the Sixth Amendment, we are all guaranteed the fundamental right to be tried by an impartial jury of our peers. This right is a cornerstone of American citizenship and a unique attribute that prevents corruption in our courtrooms.  But that right cannot exist without those who are willing to serve.

In recognition of the thousands of Louisianans who have committed their time to a jury and helped to preserve this right, Louisiana Lawsuit Abuse Watch celebrates May 11 through May 15, 2015, as Jury Appreciation Week.

A resolution sponsored by Representative Neil Abramson and passed by the Louisiana House of Representatives formally recognizes Jury Appreciation Week.  The resolution reads in part, “[Our] courts depend upon citizens to serve as jurors, and service by citizens as jurors is indispensable to the judicial system… All citizens should be encouraged to respond when summoned for jury service.”

Indeed, the purpose of Jury Appreciation Week is to raise awareness of the importance of jury service and to honor the contributions of citizens who devote their time and effort to serving their local community and our American justice system. Without them, our cherished right to trial by jury could be threatened.

So please join LLAW in thanking a juror this week.  And next time you receive a summons in the mail, please answer the call to take part in a real life legal drama.  The obligation and privilege to serve are as fundamental to our democracy as the right vote. Our system of justice simply cannot function without the participation of citizens like you.

Interested in more news from Louisiana? We've got you covered! See More Louisiana News
Previous Article The Newest Liberal Initiative That Could Turn New Orleans Into Seattle
Next Article FIFE: It’s Time To Stop Having The State Act As The Unions’ Bill Collector