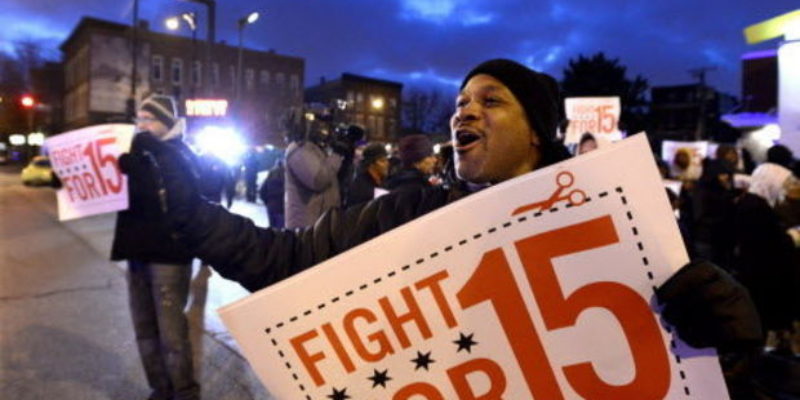 It could only be a matter of time before New Orleans starts to look a lot like Seattle, Washington because of a ‘living wage’ proposal by New Orleans City Councilman Jared Brosset.

Brosset’s proposal would raise the current wage for some businesses to $10.10 an hour, which would only naturally raise prices throughout the city.

The ‘living wage’ is an age-old term coined by liberals to make the case that low-skilled workers should be essentially paid the equivalence of positions that are considered skilled-work.

And though normally these kinds of minimum wage proposals are met with divisive discussion, Brosset’s proposal has brought silence from the business community, Mayor Mitch Landrieu and even other New Orleans City Council members.

Why the business community is silent is beyond us, but there are many reasons as to why potential proponents like Landrieu could be silent thus far.

Perhaps public officials and the unions are silent because they are seeing the affects that a so-called ‘living wage’ is having on Seattle.

Headline after headline, all that we have seen out of Seattle before the minimum wage was raised to $15 an hour was how incredible it would be for the city and how it would help business and whatnot.

Following the $15 an hour increase, though, it has been a much different story.

Now, all we see are headlines that explain how restaurants and small businesses are planning to deal with the increased cost of labor, which is bound to have a crippling effect of mom and pop shops.

Before, Seattle’s restaurant industry was booming. But now, they are all trying to figure out how to manage the new government burden.

Managers in Seattle are taking on more and more work, as employees are having to be laid off. The price of parking has increased because of the living wage. And hotels have cut free-food, employee benefits and overtime for employees.

An increased minimum wage for the city would mean the price of labor increases, which means the price of products and services must increase, which leads to the cost of living increasing and so on.

Could a living wage mean an even larger burden for New Orleans’ restaurant industry because the city’s pride and joy is food, drinking and leisure?

Those are the kinds of questions that will come up when the business community does decide to speak up about Brosset’s proposal.

And while Landrieu has been silent, it seems only right that he would support a $10.10 minimum wage, as he led the initiative to pay city workers $10.10 an hour back in 2014.

Interested in more news from Louisiana? We've got you covered! See More Louisiana News
Previous Article SADOW: At The Legislature, Some Bills Keep Coming Back Like Herpes
Next Article A balanced courtroom needs a full jury box