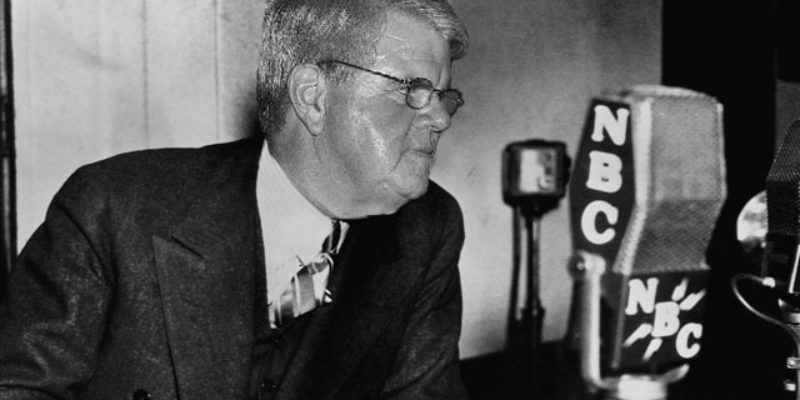 We’ll post this with as little comment as possible. At yesterday’s Public Service Commission meeting, there was an attempt made by Commissioner “Bananas” Foster Campbell to cancel the monthly meeting scheduled for August.

A transcript of what ensued…

CHAIRMAN CLYDE HOLLOWAY:  Anyone else want to be heard before me?  I’m going to speak against it because I believe the little bit of money he’s speaking about, we can do it in six months and do it every other month if that’s what we say it’s easy to do or we can do it without Commissioner Campbell being here if he wanted not to be here, which probably would make everybody excited.  But I just believe that we were elected by our constituents to serve and to meet 12 months a year.  I believe our constituents intended if there was an issue that needed to be handled that we handle it in August.  I think we had a very important August meeting last year and I vocally, every way I know, speak against cancelling an August meeting.  I believe that — I don’t care if it’s six weeks or five weeks.  I think our people in Louisiana deserve to be heard in a meeting and if it’s one issue, we need to be here to do that one issue in August.  And I ask my fellow Commissioners to, please, vote with me to leave this August meeting in place.  It’s one day a month that we come here.  It’s a very essential day of the month and I vocally very very much so ask that we leave the August meeting in place.

COMMISSIONER CAMPBELL:  I’m aware of elections.  I just got through with one.  I was lucky enough to carry 23 out of 24 parishes against a Republican and I’m a Democrat, against LABI, that is everybody scared to death of LABI.  They’re the big boys on the block with — got all the money; and they opposed me and the Republican Party opposed me and most of the Republican in North Louisiana voted for me, so I’m not shirking anything.  And I know Mr. Holloway is being cute or funny when he says a lot of people — maybe a lot of people wouldn’t want me here sometimes because I bring up some issues that I think are important.  And he doesn’t think some of my issues are important, but I got elected pretty handily, 62 percent of the vote against — like I say I’m the last white Democrat living on a national — in Louisiana.  And I ran in Republican districts and won handily.  My parish of Bossier Parish is solid Republican and they voted for me because they think I take up for them.  So I make no apologies for this.  I think it makes good common sense.  We’ve done it for years.  I’ve never — I alone — I don’t know what you do, Mr. Holloway, but I had over 200 public meetings in my district.  I don’t know if you do that.  You might ought to pick up that.  That’s a good deal.  I’ve had over 200 public meetings in every town, every parish through the years asking people what they want, this, that and the other; and I’ve done my best to try to help them.  I’m a consumer advocate.  Make no apologies for it.  So this is not about shirking anything.  This is about, I think, good common sense; and I don’t think it’ll cost anything, but if you want to come down here to meet you can.  But just because you don’t come to Baton Rouge don’t mean you don’t go to work.  Don’t make that mistake.  You go to work.  We have three offices and we run a real good office and we watch what we spend and be glad for anybody to look at it.  So I’d ask that you vote for it.  I think it makes good common sense.

CHAIRMAN HOLLOWAY:  Remind me, what was your opponent’s name?

COMMISSIONER CAMPBELL:  You ought to know.  Y’all help put him in there.

CHAIRMAN HOLLOWAY:  What was his name?  Do you remember?

COMMISSIONER CAMPBELL:  I don’t ever talk about my opponent’s name.

CHAIRMAN HOLLOWAY:  Okay.  Well, I think what you’re crowing about is something that we have to wait six years to crow again, so.  Okay I thank you and I — if no one else has comments, I ask for an August meeting.  We’re voting on —   Go ahead.

Interested in more news from Louisiana? We've got you covered! See More Louisiana News
Previous Article Where Is The Outpouring Of Joy And Gratitude From The Solar People For This?
Next Article HUDSON: Better Together Mailing Misinformation About St. George… Again.