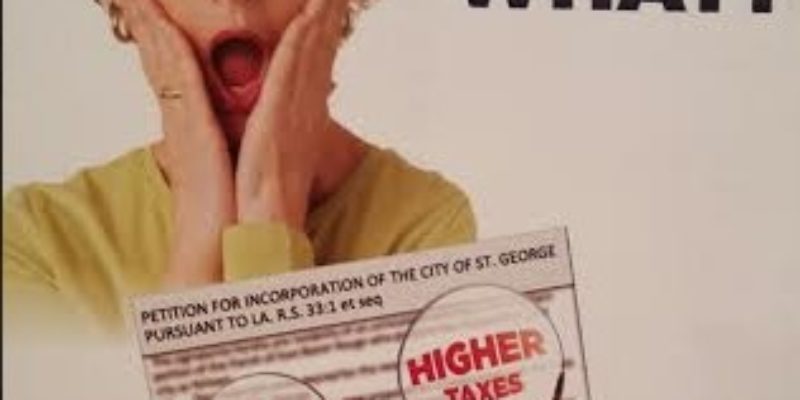 Their latest mailer pretty much portrays anyone who signed the Petition (that would bring the Incorporation of the City of St. George to a vote) as naive and gullible. The picture on the front of the mailer shows a woman making a surprised face with her hands on her cheeks (like the kid in Home Alone) and the question printed is “I signed what?” 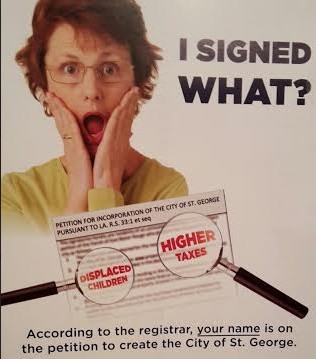 The letter also claims that “St. George would impose one of the largest tax increases our area has ever see with no new services to show for it.” The mailer shares “the findings of a review by a professional CPA firm.” Faulk & Winkler is the CPA firm. Their findings show that St. George would operate at a 13 million dollar deficit. However, one of the top 22 National Accounting firms have shared their findings as well, and completely debunked the Faulk & Winkler study.

The City of St. George posted on its Facebook page a statement about taxes: 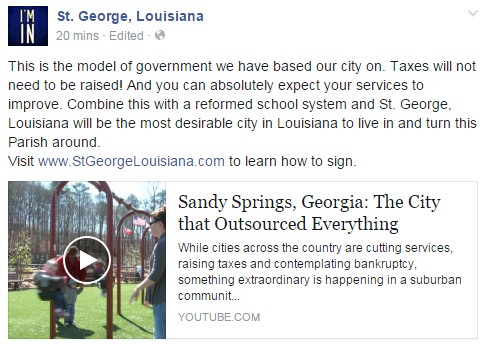 Here is the video:

St. George would be something different from the old-style big-government model which currently prevails in Baton Rouge. No wonder old-style Louisiana politics by the likes of Better Together is being used in an effort to stop it from happening.