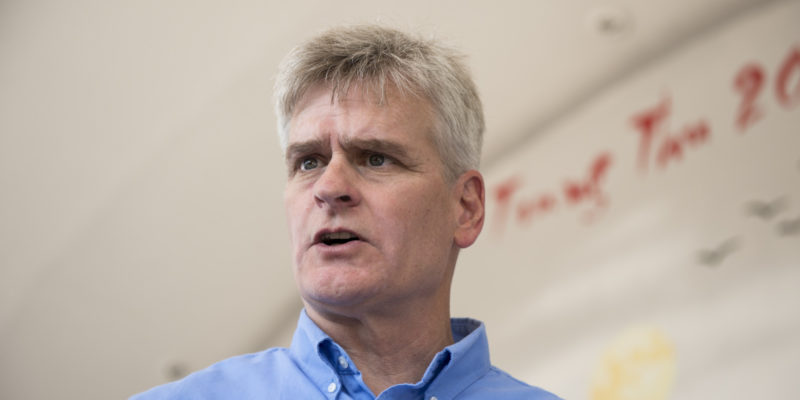 Since taking office back in January, Sen. Bill Cassidy (R-LA) has focused on small issues like amendments to healthcare and education legislation. That is, until now.

This week, Cassidy has introduced the “Offshore Energy and Jobs Act of 2015.” The legislation will expand offshore energy production by opening parts of the Outer Continental Shelf (OCS) that are currently restricted from oil and gas exploration and development. In addition, it brings greater equity in revenue sharing for the Gulf states that host offshore energy production by lifting the Gulf of Mexico Energy Security Act (GOMESA) cap to provide Louisiana and fellow Gulf states with increased amounts of revenue to protect their coasts.

“Developing oil and natural gas resources in the Gulf of Mexico could create more than 200,000 jobs, add more than $18 billion per year to the U.S. economy and strengthen our national security,” said Cassidy in a statement. “What is there to oppose? Time for everyone to get on board.”

“States like Louisiana who produce energy off our shores only receive a small portion of the revenue generated from the production,” said Vitter in a statement. “The rest goes to the federal Treasury. I’ve always said that they’re our coasts, our risk, and our workers – So we should get more of that revenue to stay here in Louisiana.”

This is how Cassidy’s legislation will provide access to new offshore energy resources:

And this is how Cassidy’s legislation would provide the greater equity in gulf state revenue sharing that he has talked about:

Cassidy’s legislation is also being supported by the American Petrolium Institute, the National Association of Manufacturers and the National Ocean Industries Association.