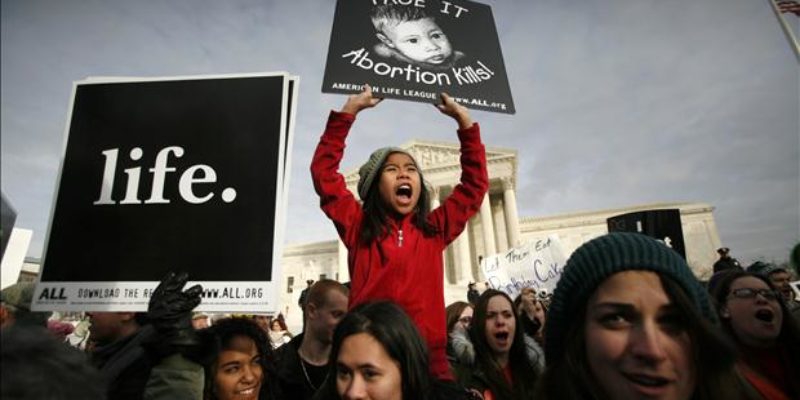 Even when the rest of the Louisiana legislative session seems abysmal, the pro-life movement is set to come out on top yet again.

Just today, Rep. Lenar Whitney’s (R-Houma) pro-life legislation passed through a state House committee. Whitney’s legislation would prohibit the practice of sex-selective abortions throughout the state, where female babies disproportionately risk the threat of abortion simply because they are female.

Now that the pro-life legislation is through committee, it is set to face the full state House and Senate, where it could very well pass both and go before Gov. Bobby Jindal to be signed into law.

For conservatives, this year’s legislative session is already being talked about as a waste. But, somehow, the pro-life agenda always seems to slip through and count another victory.

The pro-life movement in Louisiana is probably one of, if not the best, in the entire country. Last legislative session, the pro-life movement was successful in their efforts to pass wide-sweeping abortion regulations that protect women and the unborn child.

The best part was that these abortion regulations were proposed and pushed by Rep. Katrina Jackson (D-New Orleans), a black female and Democrat legislator. Thanks to Jackson, the pro-life movement saw a massive win, as three of the state’s five abortion clinics are now threatened with closure because of the abortion regulations.

And then there was the pro-life movement’s take-down of pro-choice former Sen. Mary Landrieu (D) when now Sen. Bill Cassidy (R-LA) challenged her last November.

During Landrieu’s campaign, the pro-life movement was successful in making it known that Landrieu had a long history of supporting late-term abortion and was by no means a centrist on the issue.

All of this creates more leverage for the already successful Louisiana Right to Life and the state’s pro-life movement in general.

Besides Whitney’s legislation this legislative session, there are two other pieces of legislation which may never come to fruition, but have the potential to expand and be successful in the near future.

Sen. Elbert Guillory’s (R-Opelousas) pro-life bill is essentially a “personhood” state constitutional amendment, where the life of an unborn child would be recognized by the state, thus making abortion a practice of the past in the state. But, as Guillory’s bill is currently written, the Louisiana Right to Life has not backed the legislation because they say it faces problems down the road in a court of law.

The same goes for Sen. Gerald Long’s (R-Winnfield) pro-life legislation, which would criminalize the mother of a child who is born and then dies because of the mother’s consumption of illegal drugs during the pregnancy. Unlike Guillory’s, the Louisiana Right to Life does support Long’s legislation.

Though Guillory’s and Long’s proposals may never see the light of day in this legislative session, does not mean they will not come back up in discussion next year. And the fact that staunch pro-life legislation is even filed during the legislative session in the state, emphasizes how far ahead the Louisiana pro-life movement is when compared to other states.

If there is only one big win for pro-lifers this legislative session, that is still more than other interest groups can say.

Interested in more news from Louisiana? We've got you covered! See More Louisiana News
Previous Article THE RACE IS ON: Dardenne Bashes Vitter For Skipping Senate Budget Vote
Next Article Who The Heck Is Wayne Grigsby?