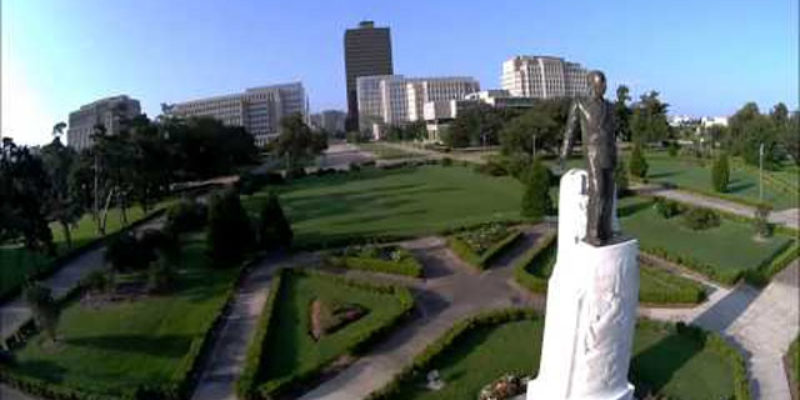 If the Louisiana Legislature insists on playing a con game on taxes, then at least Gov. Bobby Jindal can play a shell game on them to produce a balanced budget for fiscal year 2016, which altogether does not abuse people’s property and liberty.

As the 2015 regular session lumbers closer towards its close, at first glance a great collision seems in the offing. In order to manufacture a balanced budget as required constitutionally, Jindal has said he will accept no tax increases without offsets of these, while the Legislature has insisted on building a budget dependent upon several such hikes that don’t appear to have enough commensurate tax cuts elsewhere. Thus, it looks as if the grand bargain would not materialize and one faction would have to overpower politically the other in order to stave off large spending reductions that no one, for no well-defined reason, seems to want.

But taking another glance, perhaps maybe things aren’t so conflicted. It turns out that the Jindal Administration generously defines, and appropriately as it imposed the condition in the first place, the idea of an “offset” as a multi-year concept. Secretary of Revenue Tim Barfield has stated that the period in question constitutes not a single year, but five years. Thus, a measure that raises taxes immediately, such as HCR 8 that would suspend into Aug., 2016 business utility sales tax exemptions partially to the tune of $103 million in additional revenue, could be offset and then some by the impact of HB 828, which erases the corporate franchise tax over five years that by then would grow to a forecast $912.5 million, even though the next year’s forgone revenue totals only $36.5 million.

However, the problem is to date there simply aren’t enough of these to go around. HB 624, which mindlessly would lop off 20 percent of certain corporate tax breaks would raise an extra $970 million over the next five years, and HB 629, which equally thoughtlessly pares 20 percent off credits to be used against income and franchise taxes (if passed with HB 828 this figure would decrease) siphons $1.107 billion more from the economy over five years. With a figure of around $1.5 billion in arrears after the most recent Revenue Estimating Conference declaration to keep spending at a standstill level for the affected unprotected areas of the budget subject to cutting, clearly offsets come up short, making them subject to a Jindal veto.

Perhaps of more immediate concern should be that bills like HB 624 and HB 629 were passed extra-constitutionally, not garnering the necessary two-thirds votes in the House to repeal a tax. Here, representatives cling to a faulty interpretation of the law out of the belief that their bravado will discourage any challenge to that, as assumption which will prove mistaken if they continue this course. The fallback plan then depends upon any adverse court ruling not to come prior to a special session at the start of next year inevitably called by a new governor in order then to deal with it. This assumes that the proponents of this approach could somehow get the 70+ affirmative votes in the House to override an expected Jindal veto in the first place, the level they could not rig the first time around.

Yet instead of taking these risks, the much more and eminently sensible approach would be to convert these bills into resolutions like HCR 8, which require only simple majorities to pass. Add in the likes of HB 119, which increases cigarette taxation by 32 cents a pack and did receive the needed two-thirds margin in the House (although there’s an offset bill for that as well), and the one-year bump in taxation does not exceed the five-year decline solely from HB 828 and meets the immediate revenue needs given the levels of spending that the Legislature seems sacred and bound to allow.

Besides achieving constitutional standards and conforming to Jindal’s requirements, reliance mainly on temporary tax boosts would not try to put into statute an uncoordinated, half-baked approach to tax policy. The predictable special session of next year could look at the issue holistically, determining the appropriate necessity of spending in the state, deciding which revenue measures to embed, and what exceptions to these make the most sense for economic development, rather than extend or attenuate at the margins a system best described as irrational, put together over decades to meet discrete constituencies at specific times with no thought to the overall picture. Any constitutional amendments as part of this could go up for vote on the spring election date, and any adjustments to all items if required made during the regular session to have a sane fiscal structure in place for the FY 2017 budget.

This roadmap seems so obvious that any continued movement by legislators on their present trajectory suggests, even among some alleged conservative Republicans who said one thing until recently but whose febrific urge to jack up taxes says another thing, a simple lust for more revenues taken from the people to spend on more things without doing the hard work of making choices best suited for economic development and the safeguarding of the citizenry’s liberty. Hopefully, better sense will overtake them in these last two weeks of the session.

Interested in more news from Louisiana? We've got you covered! See More Louisiana News
Previous Article Low Popahirum, May 28, 2015
Next Article In Case You Were Wondering What Happened To Kirstin Alvanitakis