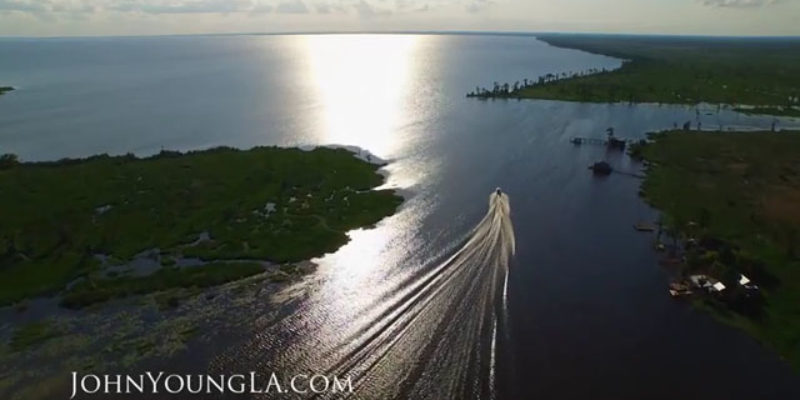 This is gonna be my favorite ad of this election cycle, and prolly it’ll be yours as well.

I know this because it’s unlikely there’s gonna be another political ad this year in Louisiana where nobody does any talkin’. You read that right – guy is runnin’ for statewide office and he does a campaign spot without sayin’ a word.

Instead, John Young – he’s runnin’ for Lt. Governor against Kip Holden, Billy Nungesser and Elbert Guillory – went and rented a drone and sent his campaign people around the state to go fly it over some important stuff. So they’ve got footage of the Mississippi River, and the Red River, and some swampland and the Gulf, and for some reason USL’s lil’ football stadium, and the Superdome.

It’s all right. If nothing else you can’t argue with it. How can you? He’s not sayin’ nothin’.