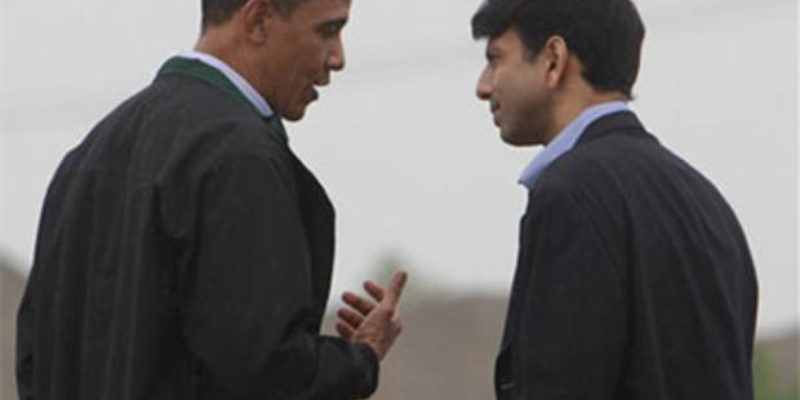 Louisiana Governor Bobby Jindal enacted an executive order that would enforce the intent behind State Rep. Mike Johnson’s HB 707. This came as HB 707 was defeated in the House Civil Law Committee earlier today.

“We are disappointed by the committee’s action to return the Louisiana Marriage and Conscience Act to the calendar.  We will be issuing an Executive Order shortly that will accomplish the intent of HB 707 to prevent the state from discriminating against persons or entities with deeply held religious beliefs that marriage is between one man and one woman.

“This Executive Order will prohibit the state from denying or revoking a tax exemption, tax deduction, contract, cooperative agreement, loan, professional license, certification, accreditation, or employment on the basis the person acts in accordance with a religious belief that marriage is between one man and one woman.”

What exactly did Bobby Jindal to help pass Mike Johnson’s bill? Outside of writing an op-ed in The New York Times that was more for national consumption than to sway votes in Louisiana, not a whole lot. He called it one of his legislative priorities in his speech to the Legislature, but he did very little to advance the messaging on the bill. Jindal also clearly didn’t put pressure on Speaker Chuck Kleckley, who he appointed, to move the bill. In today’s hearing, no one from his administration testified in support of the bill.  The Louisiana Family Forum did the heavy hitting on this bill and the Louisiana GOP only started talking about this bill last night.

Since Jindal did virtually nothing to help pass Johnson’s bill, who is the target audience for this executive order? If you guessed social conservatives in Iowa, you’re absolutely right. It coincides with a new ad Jindal is running in that state in order to jump start his soon to be presidential campaign.

All throughout Jindal’s two terms, but especially in his second term, he has been more concerned with his national image than actual results here in Louisiana. Since the passing of education reform at the beginning of his second term, Jindal has done nothing to make Louisiana politics more friendly for conservatives than he found it. It is fitting that the end of Jindal’s reign finds him serving as the tax collector for the Huey Long, Edwin Edwards welfare state and resorting to red meat demagoguery to pander to social conservatives.

Jindal had an opportunity to cement conservative, GOP one-party rule in this state for decades like Huey Long and Edwin Edwards did for the populist/socialist Louisiana Democrat Party but he failed on that count. By making structural changes and reforms to Louisiana state government and introducing party primaries for state elections, conservative Republicans could be running on Jindal’s successes and promising to continue them. Instead, Republicans will only continue to hold power due to an inept, out of touch Louisiana Democrat Party and a jungle primary that now benefits Republicans. Louisiana Republicans now serve as the masters of the bloated welfare state that Long and Edwards built. That is not a prescription for a lasting conservative majority, let alone one that needs to reform the way Louisiana state government does business.

Perhaps if Jindal was more engaged with matters here in Louisiana, both his legislative agenda and his presidential campaign would be in much better shape.