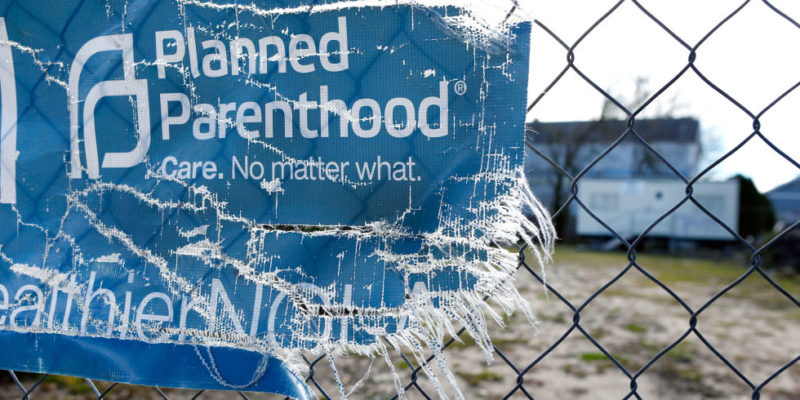 After hundreds of pro-life activists showed up at St. Stepehen’s Catholic Church last night to protest the construction of a Planned Parenthood abortion clinic in the area, Planned Parenthood’s State Director Melissa Flournoy told the Advocate that the hundreds of people were simply bullies and extremist groups.

Here is the full statement from Flournoy:

“For more than a year, extremist opponents of women’s access to health care have launched protests and intimidation campaigns to try and stop the construction of the new Planned Parenthood health center,” Planned Parenthood State Director Melissa Flournoy said in an emailed statement. “These extremist groups are engaging in a bullying campaign against local businesses that work on the construction and even protest at doctors’ private homes.”

“These groups don’t do a thing to help people detect cancer or avoid unintended pregnancy,” Flournoy said. “Too many women, men and families in New Orleans are going without health care, and it’s taking a toll on the New Orleans community and Louisiana. We’re taking action to help more people get health care, and these attacks only make us stronger.”

The supposed “intimidation campaigns” and “bullies” Planned Parenthood is talking about is the Archdiocese of New Orleans’ announcement months ago that the church would cut off and not work with any construction businesses in the future that help build the abortion clinic.

But, is that intimidation, or the Archdioceses’ right as an establishment to decide who they choose to do business with? How is that by any means “bullying?” Or does Planned Parenthood just use the word “bullying” because its an ‘it-word’ at the moment.

Then are the claims that these hundreds of pro-life activists are “extremist groups.” So the Archdiocese of New Orleans and the Louisiana Right to Life is an extremist group?

Normally, extremist groups include the Westboro Baptist Church and organizations that are aligned with terrorist organizations. Apparently though, pro-life groups or as the news media calls them “anti-abortion activists,” are extreme because they do not align to the norms of abortion.

Does it not make Planned Parenthood extreme, however, that they oppose the recently passed 20-week abortion ban? Late term abortion bans are highly favored by women and the general public as well. And as polling shows, more and more Americans identify pro-life than ever before since Roe v. Wade.

So since the trend against abortion is on the upswing, would that not make Planned Parenthood the extreme ones?

Interested in more news from Louisiana? We've got you covered! See More Louisiana News
Previous Article After Mike Johnson’s Bill Is Defeated, Barack Jindal Issues Executive Order Enacting It Anyway
Next Article THE BUDDY SYSTEM: This Sure Looks Like A Pay-For-Play Scam By Caldwell, Does It Not?