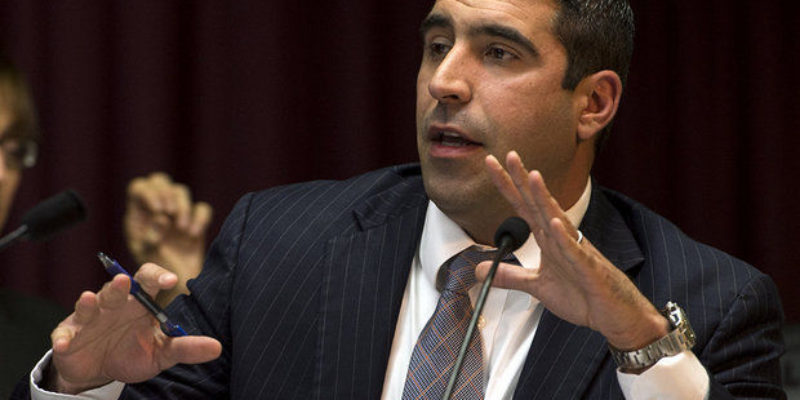 Metro Councilman John Delgado (R) really does not want the City of St. George to happen.

In a statement yesterday, Delgado went on a tirade about how horrible the idea of carving out a section of East Baton Rouge Parish to create St. George would be. Delgado cited a new budget analysis by Carr, Riggs and Ingram which concluded that no new taxes would be necessary in order for St. George to function.

But, Delgado said the budget analysis is “garbage.”

“The suggestion that this new budget is somehow more accurate than one commissioned many months ago is disingenuous, to say the least,” Delgado said in a statement.  “This report is a classic example of garbage in, garbage out.  The entire budget is based on a flawed sale-tax revenue projection, which contends that area would generate $59.9 million in sales tax revenue.  Their budget assumes that they would receive monies from the Industrial area, Towne Center and the Mall of Louisiana anchor stores, but none of those areas would provide sales tax revenue to the new city.  The Faulk & Winkler report showed a much more accurate projection of $45.7 million.  Based on those numbers, St. George would be $3 million in the RED.”

Then, Delgado suggested that St. George supporters should go back to elementary school.

“All along, they have said their effort is based in a desire for better schools – but education is nowhere in the budget,” Delgado said in a statement. “Anyone who thinks that they would have enough to launch a new public school system needs to go back to school himself.”

And then lastly, Delgado went on and on about where St. George will hold their city council meetings and whatnot.

“Where will City Hall be?” Delgado asked. “They can’t hold Council meetings at the Waffle House. There’s no mention of Human Resources, Purchasing, Planning, Risk Management or other essential municipal functions, many of which are required by law. This is more smoke and mirrors. This budget math is funny, and it only underscores their complete lack of understanding of what it takes to maintain an effective local government. More to the point, it’s just duplicative.  Why create another government?  Why pay salaries for elected officials and municipal workers when those services are already provided effectively?  This is not about education, as I’ve said for months; it’s about creating political positions and this budget only proves that.”

However, this is not the first time around that St. George supporters have been talked down to and depicted as crazy and stupid. Stacey Hudson just documented for us yesterday how Better Together is trying to portray St. George supporters as dumb and being fooled into the proposal with their mail-out.