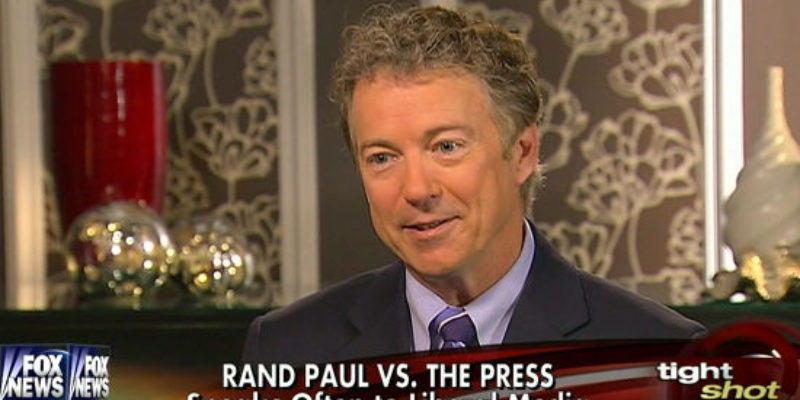 Fox News does not seem to be fond of Sen. Rand Paul’s (R-KY) 2016 presidential campaign.

While leaving Paul out of the mix, the poll listed former Gov. Jeb Bush first, as he was depicted as being the only GOP-er able to beat out Hillary Clinton (D) for the presidency.

This poll had each candidate listed based on their ability to beat Clinton. But, last week, when Fox News presented a similar poll, they included Paul, but buried his lead on Clinton at the bottom of the list. See for yourself:

In this poll, Paul is the only GOP-er to take 44 percent of the vote from Clinton, leaving her with only 47 percent. However, the way Fox News presents the poll, a viewer would assume that Bush is doing the best against Clinton, as he is listed first.

Not only is it strange that this poll does not list the GOP-ers in descending order based on how they compete with Clinton, but the last poll did not include Paul at all, yet somehow Carly Fiorina, Ben Carson and John Kasich are all mentioned.

Fiorina, Carson and Kasich are all polling considerably horrible when matched up with how Paul is polling against Clinton. And if Paul were to have been mentioned in the first poll, how many of his votes would be taken from the likes of Fiorina and Carson, whose base are individuals who want someone outside of the Washington beltway?

At the same time, Bush is being resurrected by Fox News as the clear front-runner against Clinton. Essentially, what Clinton is to MSNBC, is exactly what Bush is to Fox News.