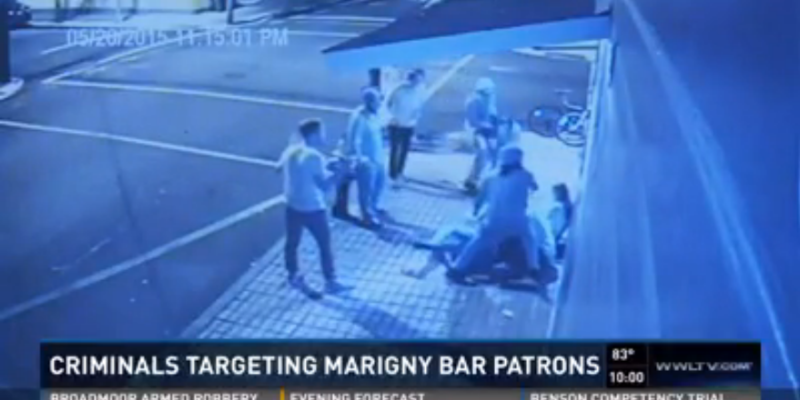 There has been a recent string of armed robberies with bar patrons as the victims, why, because they had to go outside to smoke thanks to New Orleans City Councilwoman Latoya Cantrell’s smoking ban ordinance.

WWL-TV has obtained the footage of two armed robberies in the Marigny area where bar patrons were targeted, as they smoked outside the bar, by masked gunmen. Take a look at that exclusive footage here:

The New Orleans Police Department (NOPD) said the two armed robberies could be related, as the description of the suspects match both incidents.

Back about three to four months, the Hayride warned that a potential smoking ban for the city of New Orleans could lead to more violent crime, as bar patrons would have to hit the streets in order to smoke. Here was our prediction back in April:

Also, smokers who have to go outside to smoke will be more susceptible to street crimes while lighting up outside. When in New Orleans, it is usually the case that individuals want to get inside a bar as quickly as possible in order to avoid outside crimes like theft or violent crimes. However, this smoking ban is set to force individuals outside if they want to smoke.

The smoking ban is also apparently creating more and more noise and disturbances along neighborhood streets, like the Marigny area, which the Hayride also predicted back in April.

Interested in more news from Louisiana? We've got you covered! See More Louisiana News
Previous Article Low Popahirum, June 3, 2015
Next Article The House Ways And Means Committee Has Ensured That Jindal Will Veto The Budget