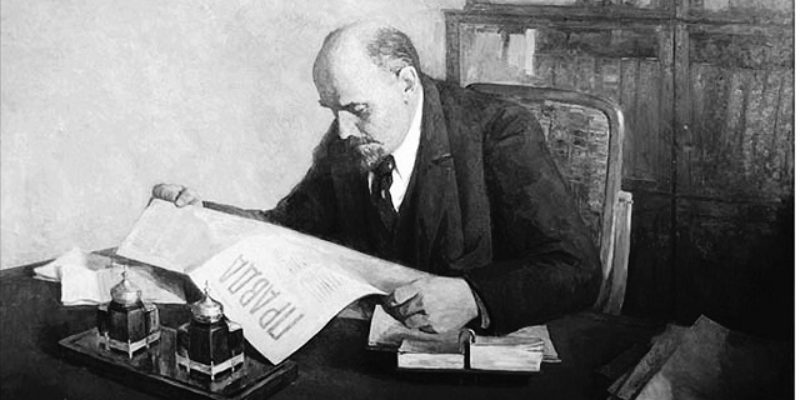 The “villain” in this piece of hard-hitting journolism is Louis Dupuy, the owner of Julien’s Famous Cajun-Style Poboys, which has locations in Lafayette and Broussard. The Independent received a tip via Facebook that Dupuy needed to be investigated when a sign in his shop went viral on social media last weekend. 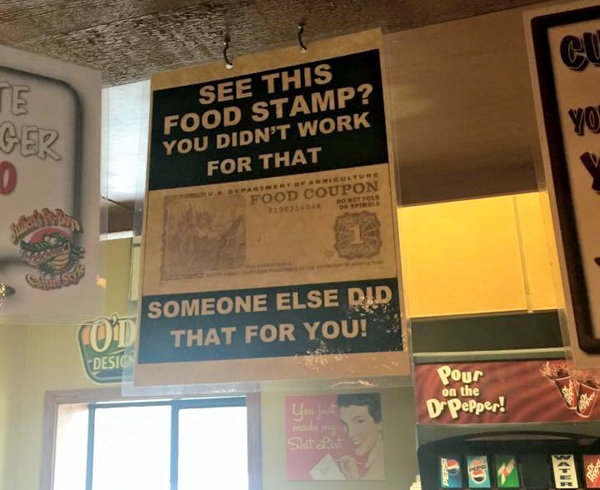 Here’s how the Lafayette Independent introduced the story:

Lafayette, have you met Louis Dupuy, the owner of Julien’s Famous Cajun-Style Poboys, which are neither famous nor particularly Cajun? Dupuy is pissed off, but he loves him some signs. They hang in profusion in his Lafayette and Broussard restaurants, and they sing his soul with pithy mirth.

Most of Dupuy’s signs are alternately sexist, sarcastic, gun-worshipping or in celebration of that all-too-common phenomenon in our culture: the grumpy, old white person. But Dupuy reserves a special place in his coal-black heart for Democrats in general and President Barack Obama in particular. Nothing wrong with that per se. We’re all entitled to our political predilections.

The Independent decided to search for Dupuy’s personal Facebook page and they found that he’s a grumpy, old white guy who doesn’t like President Obama, Democrats, or liberals. So he must be a racist.

They posted as “proof” that he’s a racist some of the various anti-Obama, anti-illegal immigration, and even a meme criticizing the riots in Ferguson and Baltimore. What really sealed the deal for the Independent was this meme: 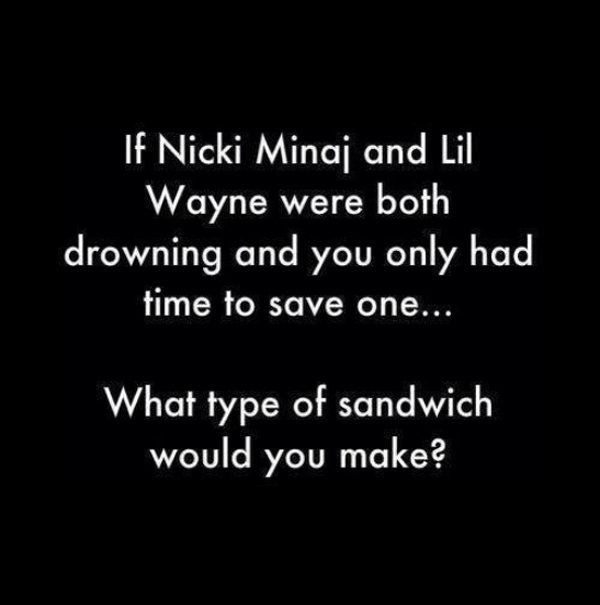 Since we’re playing the race card, the Independent urged this in a threat reminiscent of the Klan threatening boycotts of businesses that served blacks and civil rights workers in the 1960s: 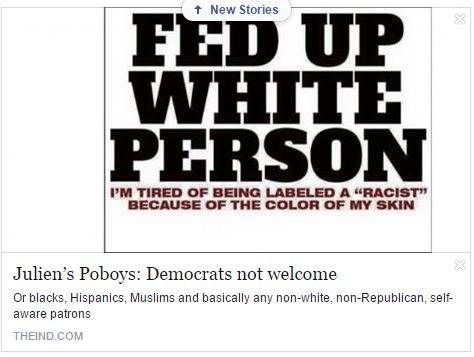 So the Independent is calling Dupuy and his business racist, even though there is no proof or even an allegation that he has ever refused service to non-whites or non-Republicans. They’re trying to destroy this man because he disagrees with their political and cultural views. The views of Dupuy are not exactly a secret based on the signs he posts in his own restaurants.

We’re seeing this all over the country with the attacks on conservative and Christian businesses whose owners either express their political and cultural views or live by their faith. In the words of Red State’s Erick Erickson, “you will be made to care” or you will be boycotted, punished, and forced out of business.

Julien’s Poboys is already coming under attack on review sites like Yelp and Google Reviews with phony reviews by people who have never set foot in the restaurant. These keyboard social justice warriors from New Orleans and even as far away as California are filing fake reviews trashing the restaurant.

We as Christians, conservatives, and libertarians have to stand up and fight for own. We have to rally to defense of businesses who come under by the Cultural Marxists.

If you want to check out Julien’s Poboys and see for yourself if that restaurant is as evil as the Independent says it is, here’s their website.