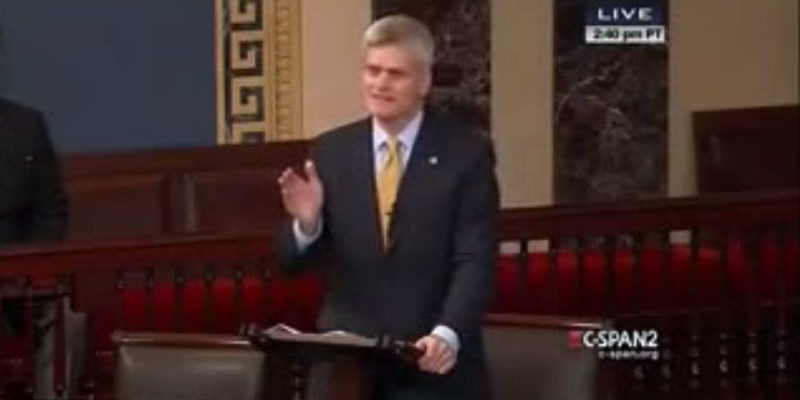 We’ve been looking for a good way to talk about just how ridiculous a piece of policy the EPA’s new “Waters of the United States” rule, which would more or less put federal regulators in every mud puddle, ditch and bog as though they were navigable waterways actually is. Lo and behold, yesterday Sen. Bill Cassidy took care of it for us by giving a terrific speech not just telling but showing the logical deficiency of the rule.

And in this case, the feds have made crappy policy without getting any help from Congress. That’s not unusual in this post-Constitutional era, but it’s worth mentioning. Congress is perfectly capable of making obnoxious and counterproductive policy in its own right.

Cassidy does a nice job showing the chaos WOTUS will cause for Louisiana farmers, businesses, private land owners and local governments trying to plan economic development projects and decide how to best use their property.

Senator Cassidy also announced that he will co-sponsor the Federal Water Quality Protection Act, S.1140, introduced by Senator John Barrasso which defines how the EPA and Army Corps should and should not define waters of the United States.