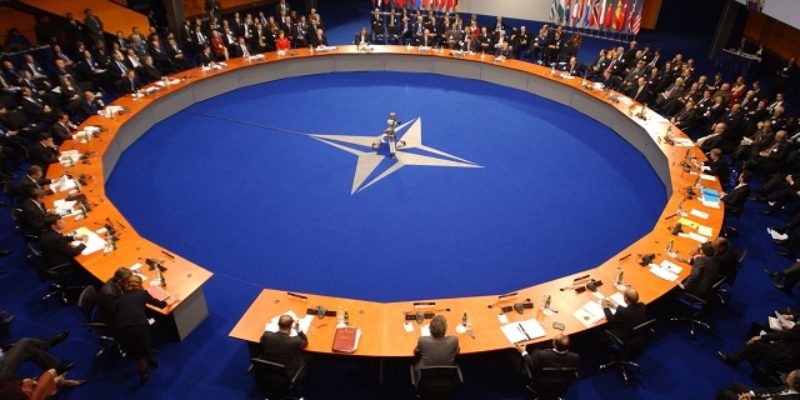 In the last presidential election, voters who prioritized foreign policy voted for President Obama and for most of his presidency, Democrats have enjoyed a polling advantage on the topic for most of the Obama administration’s reign of office.

However, Democrat voters themselves aren’t too bright on the topic. Here is a new poll that demonstrates that.

Pew: Republicans and Democrats sharply divided on how to deal with #Russia http://t.co/S011fMeNJ2 via @pewresearch pic.twitter.com/6xfooQ3NJT

The question where there is the biggest divide is the the only important one on the list. There are arguments to be made on sending weapons to Ukraine, increasing sanctions, Ukrainian membership in NATO, etc. But the one that shouldn’t be debatable by anyone who knows anything about foreign policy is defending a NATO member from a Russian attack.

NATO by its design is a military alliance. The purpose of a military alliance is to defend its members against attack. If there is no support for defending alliance members, then that alliance is useless. Now if Democrat voters want the U.S. to withdraw or end NATO, that’s a debate worth having. But given some of the contradictory responses to other questions, I’m going to go ahead and assume they don’t.

What’s more likely is that Democrats view NATO as an international organization along the lines of the UN. If they can’t even wrap their heads around the purpose of a basic structure like NATO, then how can we trust their judgement on anything else.

Interested in more national news? We've got you covered! See More National News
Previous Article This Is How Bad Crime Has Gotten In New Orleans East
Next Article PRAGER U: Why Do People Become Islamic Extremists?