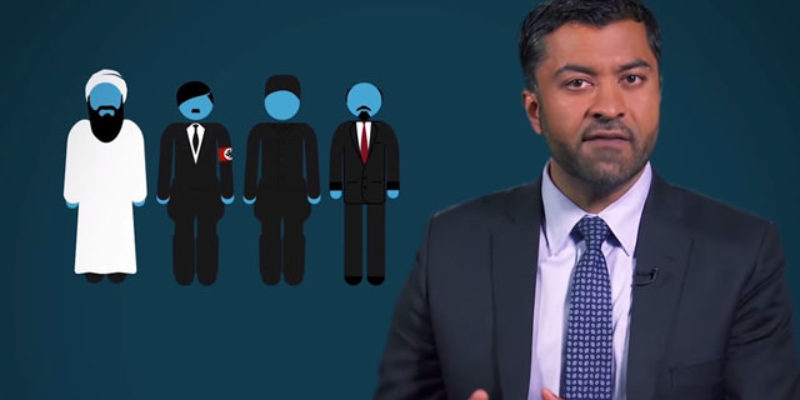 A video well worth a look. Hint: the presenter, Haroon Ullah, a senior State Department advisor and a foreign policy professor at Georgetown University, isn’t particularly impressed with the typical old saw about how poverty and a lack of education creates jihadists. Ullah lived in Pakistan and he says the jihadists very often hail from privileged backgrounds in Muslim countries – or in the West. Few to none of the 9/11 hijackers, for example, were poor or uneducated.

The saw about poverty and lack of education is, like most of the dumb ideas emanating from the American public sector to explain our problems, essentially a Marxist construct. It seeks to boil everything down to economics when, in fact, Muslim societies are generally universally poor – even in oil-rich Muslim countries it’s only a fortunate few who benefit from the wealth – and life in those countries doesn’t revolve around materialism or consumerism. In fact, those are more or less medieval societies where faith is far more important than the pocketbook, and if religion is used to disseminate hatred of non-Muslims, or the wrong kind of Muslims, then it’s only a matter of time before that’s acted on.

And Saudi oil money has financed – to the tune of $80 billion per year, which is more even in inflation-adjusted terms than the annual budget of the KGB – an international effort to promote salafist Islam, the brand of Islam that has produced both Al Qaeda and ISIS. Push a Stone Age version of sharia law on a billion people around the world and it’s a matter of time before enough of them will believe it with sufficient fervor to create an international jihadist movement with some teeth.

Meanwhile, our geniuses are busy trying to explain away the jihad with the same formulaic rhetoric they use to (badly) explain crime. It’s a narrative built for domestic American politics and it has no application for the Islamic world.

Interested in more national news? We've got you covered! See More National News
Previous Article Here’s A Poll That Proves Democrats Are Morons When It Comes To Foreign Policy
Next Article How NFIB’s Lobbyist Almost Made Businesses Pay Much Higher Inventory Taxes