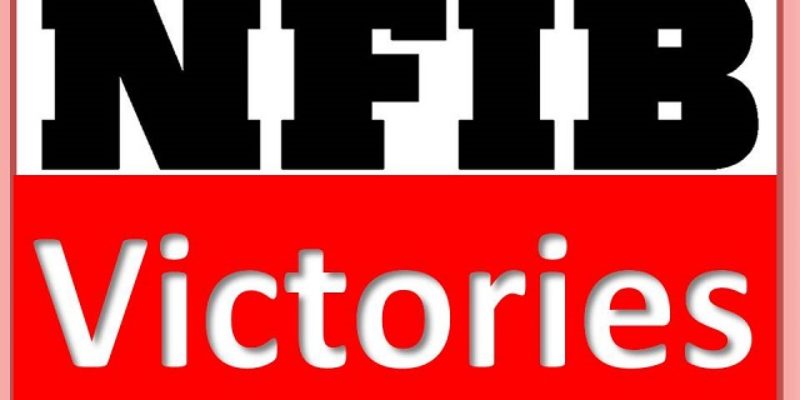 It was no secret Louisiana’s businesses were under the gun as legislators descended upon them like hungry wolves trying to pass new taxes on them. One of the favorite targets for both greedy leges and Governor Jindal was the inventory tax credit.

When the bill made its way to the Senate NFIB Louisiana, which represents Louisiana’s small businesses, went to work to try and mitigate the impact on their members. The one who led the charge at the Capitol on this issue was Dawn Starns, the lobbyist for NFIB Louisiana. We’ve covered some of Ms. Starns’s work previously and let’s just say we have found it wanting. When she got her hands on the inventory tax bill, unfortunately she made it worse.

Starns wrote an amendment to try and exempt businesses with less than $10,000 in inventory from the change in the tax. But the dog’s breakfast she came up with made things worse. Instead of just an amendment to exempt small businesses from the changes in the inventory tax credit, she wound up increasing the reduction of the tax credit from 25% to 75%.

So the leges had to clean up the bill in the conference committee before it could be sent to the Legislature for final passage. They had to clean up the mess a lobbyist made. If the mistake in the amendment hadn’t been caught by the Legislative Fiscal Office, an already disasterous session for business would’ve easily turned into a catastrophe. This screw up nearly cost the business community $2 billion by some estimates.

Is Starns apologetic about it? Nah. She’s bragging about how she saved small businesses in the session. This screenshot of her Facebook profile was sent to The Hayride from a source. 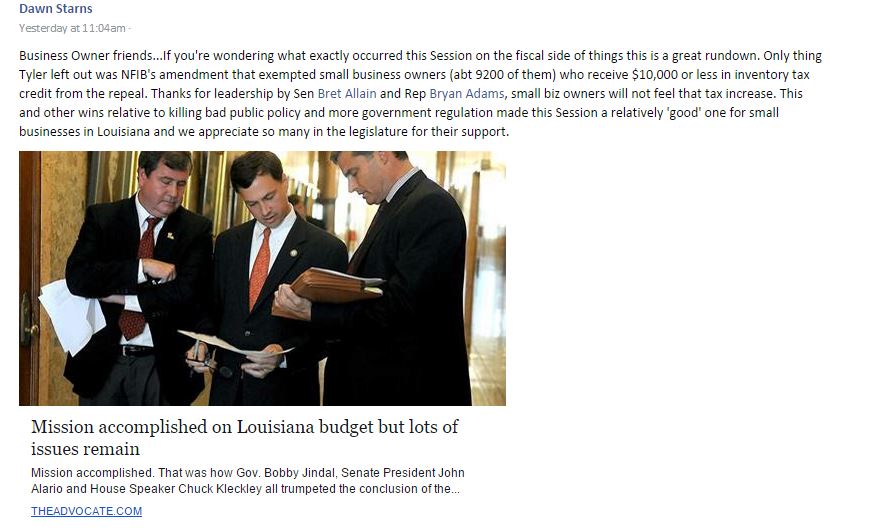 One reason why this session was so awful for Louisiana business is because their lobbyists aren’t what they used to be. This is just another example of that.

Interested in more news from Louisiana? We've got you covered! See More Louisiana News
Previous Article PRAGER U: Why Do People Become Islamic Extremists?
Next Article We’re Raising Texas, Not Taxes, Thanks To Our Weak Leadership