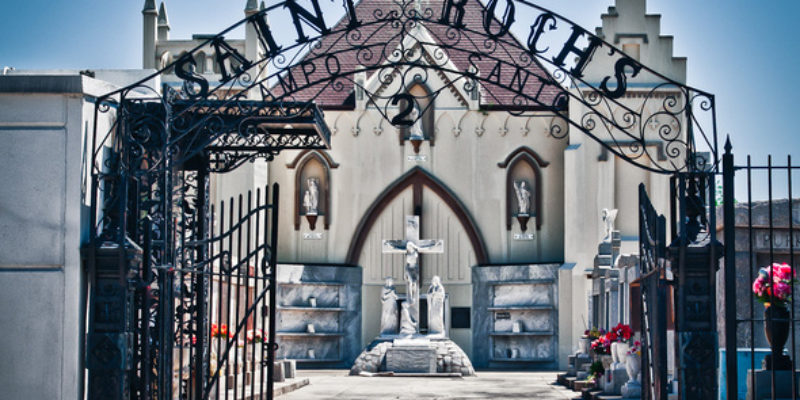 It’s a good day in New Orleans when a poverty-stricken, crime-ridden area gets a face-lift.

But, if you can believe it, there are many in the St. Roch neighborhood of the city that are unhappy about their neighborhood’s quality of life increasing instead of decreasing for a change.

These are the St. Roch gentrification haters.

Opponents of gentrification, which usually includes Democrats, often claim that their neighborhoods turn into something that they no longer recognize; something that usually strips the area of its originality.

What gentrification haters will never mention, however, is how gentrifying areas always end up better off and the quality of life increases because of businesses and rich folks coming in, buying up property, fixing it up and selling it all for profit to other middle-class or rich folks.

We first saw the St. Roch gentrification haters back in May, when a group of vandals were caught on this video spray-painting phrases like “Yuppy=Bad” all over the St. Roch Market building.

Patrick Tague from Deep South Daily wrote a piece following the vandalism, in which he called for gentrification haters to not be “jackasses.” Here’s the excellent questions Tague poses to the haters.

Who the hell wants to live in a community with no future and no hope? Isn’t that what the smart money credits with creating the conditions necessary for rioting, violence and mistrust like we’ve recently seen in Maryland and Missouri?

Gentrification is the process of renewal and rebuilding accompanying the influx of middle-class or affluent people into deteriorating areas that often displaces poorer residents. The key is the last part. New businesses that enhance surrounding property values and quality of life for residents should be seen as a positive for current owners, either through improvements to their quality of life or increased payouts should they choose to sell down the road.

For the most part, Tague is exactly right. Who wants to live in an area crippled by blight and crime, when a developer and rich folks can come in and renew the area into an economic hub and affordable living for the middle class?

However, the St. Roch gentrification haters just don’t get it. From a NOLA.com article published yesterday, gentrification haters are actually advocating for their blight-ridden area to stay, well, in a shambles, instead of it being restored to what it once was. Here are just a few quotes from the NOLA.com story:

“They’re buying the houses, fixing them up, jacking up the prices to make it unaffordable for black people,” Simms said. “Then they got to leave and go somewhere else. It’s a train coming down.”

Nonetheless, what exactly are residents currently living in St. Roch concerned about? That the blighted area will have fresh, new buildings with middle-class people living in them? Or that the St. Roch Market will actually have a positive economic impact for the area?

If you ask a baby boomer who once lived in New Orleans back in the 1950s-1970s, before crime took over the entire city, they will tell you how they walked to the St. Roch market to buy vegetables and chicken. They’ll also tell you what a lovely, beautiful area it once was.

Fast-forward and ask a Generation X-er or millennial the first word that pops into their head when they hear ‘St. Roch’ and they’ll probably tell you “murder” or “blight.” The baby boomers are the last generation to remember what St. Roch had to offer for New Orleans.

And now, developers and rich folks are trying to make St. Roch happen again, all while receiving hate for simply trying to create a better quality of life for everyone in the area.

In actuality, though, gentrification upward mobility, a higher standard of living that drives people out of the working class and lifts them into the middle class because there is more opportunities.

Look at what has taken place in other parts of the city, like Mid-City. There are streets and neighborhoods in Mid-City that were once ridden with blight and now have a Raising Canes, middle-class apartment complexes and big box stores helping to lift the area out of crime and unwanted vacancy.

That’s what could happen to St. Roch. That is what is happening to St. Roch. And there’s nothing to hate about it.