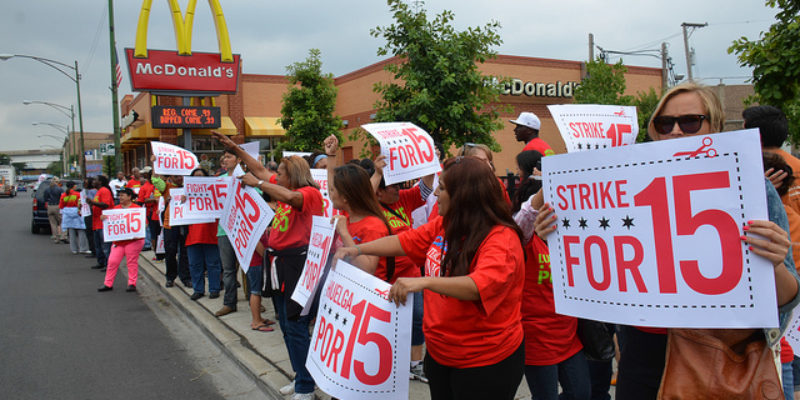 Fast food workers are getting a pretty big raise. But, do not expect them to get your order correctly anytime soon.

In New York, after years of striking for a higher minimum wage, fast food workers have been flourished with a promise of $15 an hour. Which sounds lovely and great and fabulous.

That has always been the problem, though. Raising the minimum wage sounds great, but the customer and worker will suffer in the end.

Not only will more and more fast food workers be laid off because of this, but the McDonald’s customer can almost guarentee that their order will be completely screwed up because of it.

All McDonald’s and other fast food employers will do is turn their cash registers into ordering iPads, where customers type in themselves what they want. Then, the cooks in the back will make it and one employee will hand the customer their food.

And if you order a a ten-piece nugget with honey mustard and a large fry, you can expect to get a Big Mac and an apple pie because with less employees, comes bad service.

It is similar to when a restaurant is short-staffed. Most of the time, the customer will only see their waiter about four times while they are at the restaurant.

It is just the opposite however. Raising the minimum wage not only costs low-skilled workers their jobs, it mandates their labor price tag, making their labor all the more expensive and less attractive. This is already happening in Seattle, Washington where the minimum wage has been hiked.

And with New York now on board, we can expect to be served a Big Mac when we ordered an oreo McFlurry.