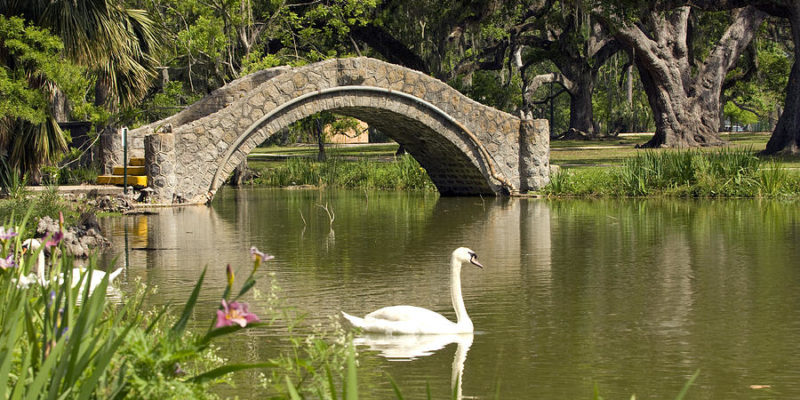 That is, according to the US Army Corps of Engineers, who have claimed that the construction of a $13 million golf course at City Park has destroyed acres of so-called “wetlands.”

There’s one problem though.

The “wetlands” that the US Army Corps of Engineers is citing in New Orleans’ City Park are only “wetlands” because a water pipe broke in the park years ago and it was only capped this April. Therefore, these are not natural wetlands, they were literally an accident.

However, the US Army Corps of Engineers does not care if these wetlands are man-made or accidental because they are too busy painting the picture that rich businessmen are destroying Louisiana wetlands to build a golf course.

Even though, a golf course would actually be a positive for the area, creating some productivity and bringing in some profit. These accidental wetlands do nothing. If anything, they are a sanctuary for disease and mosquitoes.

Naturally, the green groups in New Orleans have been in opposition to the golf course as well, claiming that the area should continue to just grow wild and basically look untouched, which is how it has been since Hurricane Katrina.

What is it about left-wing groups in New Orleans that would rather see the city look horrendous than have developers come in and fix up areas that need face-lifts?

We have seen the same kind of opposition in the St. Roch area, where developers are trying to gentrify the area. Meanwhile, many residents have said that gentrification will ruin the area.

But, like these “wetlands,” the area is already ruined, hence why developers want to come in and revamp it. This is progress in a city where that word is almost unheard of.

Nonetheless, with progress comes the authoritarian federal government whining that you can’t do something.

Interested in more national news? We've got you covered! See More National News
Previous Article Low Popahirum, July 23, 2015
Next Article $15 An Hour For Fast Food Workers, But They Will Still Get Your Order Wrong