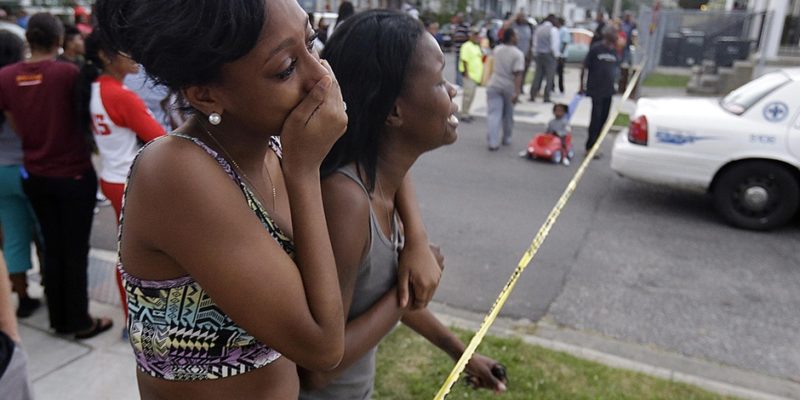 New Orleans seems to have its priorities mixed up.

Last year, the public heard from the news media and Mayor Mitch Landrieu’s administration how the murder rate was at a decades-long low. The murder rate in 2014 had not been that low since the 1970’s.

Fast-forward to 2015, and there is an entirely different picture of New Orleans. The murder rate, like violent crime, is out of control once again.

So far in 2015, there have been close to 100 murders (98 to be exact) in the city. In the New Orleans Police Department (NOPD) 7th District alone, there have already been over 20 murders.

The 7th District includes the Gentilly and New Orleans East area, which we’ve reported has been a war zone for the low-income citizens who live there.

Already, the New Orleans murder rate has more than 35 percent increased since last year and it does not seem to be getting better anytime soon.

Meanwhile, Landrieu and the New Orleans City Council seems to be most concerned about four Confederate-related monuments in the city being taken down because they allegedly invoke racism.

Landrieu said previously that monuments in the city need to be unifying and represent all New Orleanians equally. But, what kind of impact will taking down four historical statues in the city have on violent crime and the murder rate?

Will the city suddenly become more safe because these statues are no longer erected publicly, representing supposed hate and racism?

The NOPD has long been overwhelmed by violent crime and murder in the city. This is partly why famed businessman Sidney Torres IV had to come in and fully fund a NOPD task force and mobile app in the French Quarter to drive crime down in the area.

And Landrieu and the NOPD are seeking a tax hike just in the NOPD 8th District, which encompasses the French Quarter, to better fund the police in the area. But, crime could subsequently seep out of the 8th District and into other district, leaving other areas more susceptible to murder and violent crime.

There is no easy fix for violent crime or murder in a city like New Orleans. Nonetheless, removing a few statues that allegedly represent racism will do nothing.

Furthermore, so that our readers can grasp a better understanding of the magnitude of the city’s murder rate so far in 2015, we have compiled a list of all of the murder victims below: