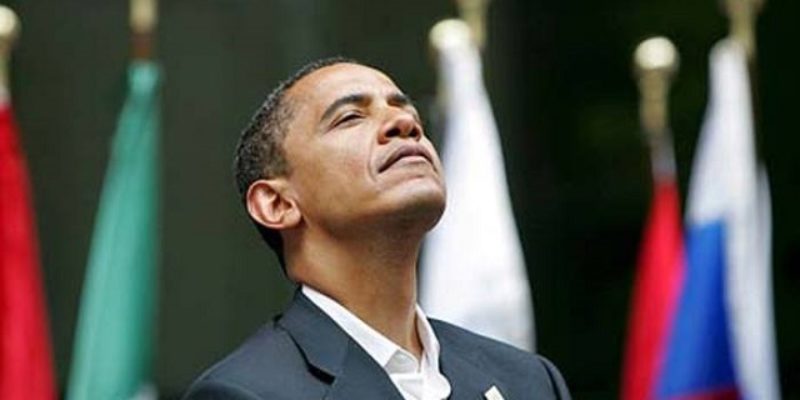 Remember all those kids from Central America that were coming across the border last year? The Centers for Disease Control were mobilized to help deal with the influx.

Judicial Watch launched an investigation into CDC’s response. They obtained internal CDC e-mails that shows that our Dear Ruler, President Barack Obama, is not exactly beloved in that agency.

It’s a major and costly operation that can stick American taxpayers with a huge tab. That’s why JW launched a probe when the Obama administration took in the illegal immigrants, initially coined Unaccompanied Alien Children (UAC), with open arms last summer. JW has sued the Department of Homeland Security (DHS) for planning records involving the border crisis as well as information relating to the solicitation of “on-demand escort services” for the 65,000 UACs that remain in the U.S. Last year JW also reported that the illegal immigrant minors have brought in serious diseases, including swine flu, dengue fever, possibly Ebola virus and tuberculosis.

The CDC records obtained by JW this week include email exchanges between agency officials directly involved in the activation of the EOC to handle the health threats created by the influx of illegal alien minors last summer. In an email dated June 9, 2014, CDC Logistics Management Specialist George Roark wrote to CDC Public Health Advisor William Adams that “no country in the world would allow” the influx. Adams replies that “in ten years or less, they’ll all be voting…Commander’s intent…” Roark fires back by describing Obama as “the worst pres we have ever had…he truly is ‘the amateur’ but a Marxist too.”

In an unrelated email dated June 18, 2014, CDC Intelligence Analyst Daniel Bubacz describes the situation as a, “Leave No Child on the other Side of the Border Policy.” This refers to a disastrous federal education law known as No Child Left Behind aimed at improving the long suffering academic performance of minorities in the nation’s public schools. More than a decade and tens of billions of dollars later, the measure failed to significantly increase the academic performance of the targeted demographic and is best known as a massive fleecing of taxpayer dollars.

Here are the e-mails: 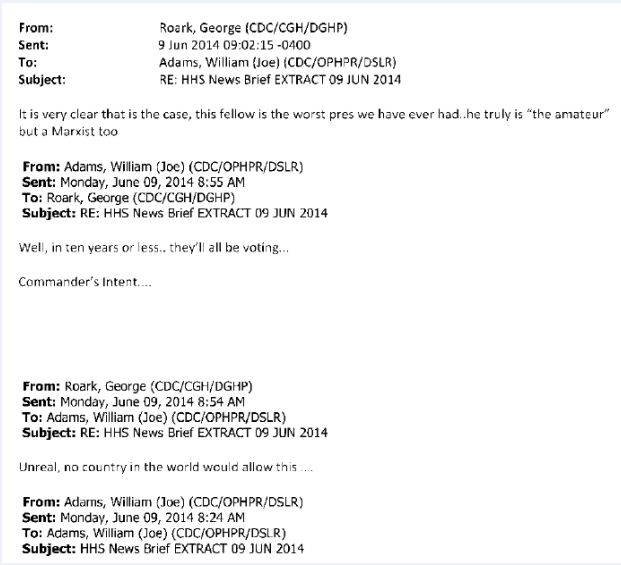 I wonder how these employees will be disciplined for their obviously very politically incorrect remarks….