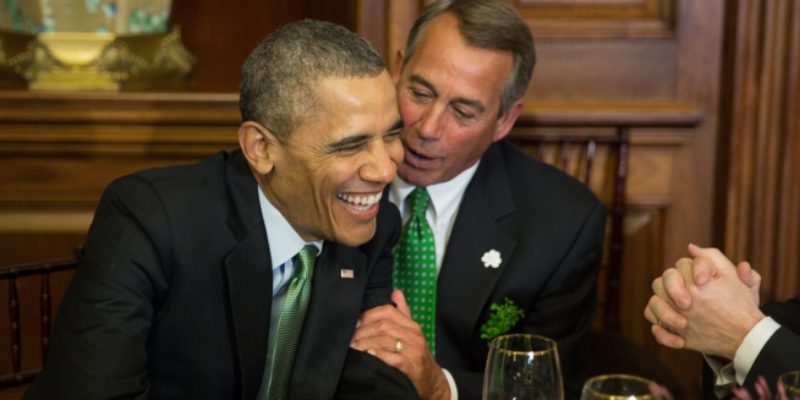 Yesterday, North Carolina Congressman Mark Meadows filed a petition to declare the position of Speaker of the House of Representatives vacant. Most of the conservatives on my social media feed were thrilled and so was Mark Levin. Freedomworks also came out in favor of removing Boehner.

However, I was talking with some friends on The Hill who work for members of the Republican leadership and they don’t seem too concerned about this petition. For starters, Meadows does not name an alternative candidate for Speaker. If the House Freedom Caucus, the group of conservative members, was behind the petition you would be sure its leader, Ohio Congressman Jim Jordan, would be out in front of the petition. As of writing, the only member of Congress supporting the petition against Boehner is fellow North Carolina Congressman Walter Jones.

I have asked Meadows’s office for a comment on the petition and as of writing, I have not received a comment. However, according to the Washington Post, here’s what Meadows is trying to do in his own words.

“What I’m hopeful for is this provides perhaps the impetus to have a discussion, a family discussion, where we can start talking about how we can make sure that every voice, every vote matters, and really about representing the American people,” he said. “Ultimately what I want to is to make sure everyone is treated fairly.”

This is little more than a gimmick. In the short-term, long-term, or any term; I fail to see what exactly this petition will do. Conservatives don’t like John Boehner, that’s not exactly news. This petition appears to have almost no hope of success and little support. It’s clear that Meadows is working without backing from his colleagues. Long story short, John Boehner isn’t going anywhere.

Right now, Boehner is actually doing some good for conservatives. The House just yesterday decided they were not going to move forward the Senate’s pork-filled Highway Bill that brings the Ex-Im Bank back from the dead. This is because the House leadership wants the Ex-Im Bank to stay dead.

What we have here is the conservative version of Failure Theater. This petition has no hope of success, but don’t worry, all is not lost. FreedomWorks will have the opportunity to do some fundraising off of it. Meadows will get some publicity out of it. You people thought that Mitch McConnell was the only master of it?

If you want to get rid of John Boehner, and I do want him gone, you need to have a strategy. There needs to be a conservative alternative the caucus can unite behind. Most of all, it can’t be some half-cocked scheme like this.