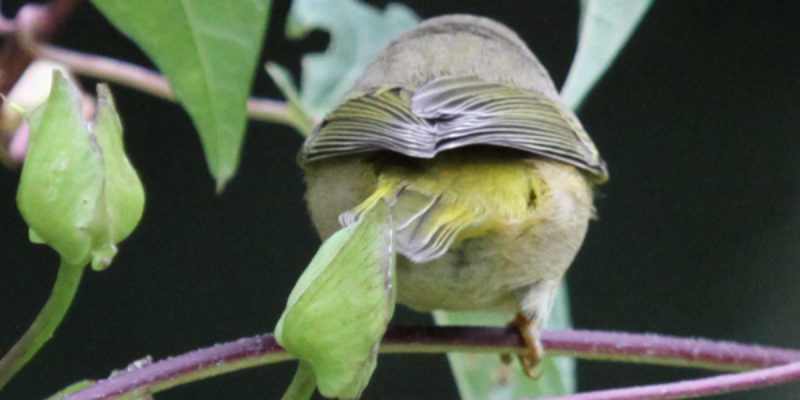 Turns out the Westboro warblers (they’re neither Baptist nor a church by my definition, but they do remind me of a warbler, which is a bird known for showing its tail) failed to make their threatened appearance in Lafayette. The warblers, known for picketing just about everybody and everything, had threatened to picket the funeral of two young ladies tragically killed by a lunatic last week at The Grand 16 theatre in Lafayette. The warblers made all sorts of internet noise, which prompted Governor Bobby Jindal to instruct the state police to enforce our Disturbing the Peace statute against the warblers (who promptly referred to the Governor as a “lawless, tyrannical demagogue”). The warblers continued to thump their chests, make bold pronouncements from the comfort of their Twitter account, and otherwise generally make themselves a nuisance; but they didn’t show.

The Governor promised the enforcement of La. R.S. 14:103, Louisiana’s Disturbing the Peace statute which, in short, makes it a crime at certain places and at certain times, to disrupt a funeral, funeral route, or burial, or to block, impede, inhibit, or obstruct access to a funeral or funeral route, if such would foreseeably disturb or alarm the public. Engaging in such activities will get you a $500 fine and/or 6 months in the pokey.

The warblers claim that the statute is unconstitutional because it infringes on their speech. Rubbish. It has long been the rule that the government may not intrude on the content of your speech without such an intrusion being narrowly tailored to achieve a compelling governmental interest. The flip side of that rule is that the government can place reasonable restrictions on the time, place, and manner of your speech.  For instance, in Hill v. Colorado the Supreme Court upheld a Colorado statute that made it unlawful for any person within 100 feet of a health care facility’s entrance to approach within 8 feet of another person, without that person’s consent, in order to pass “a leaflet or handbill to, displa[y] a sign to, or engag[e] in oral protest, education, or counseling with [that] person ….” The Court found, over the dissent of Justices Scalia, Thomas, and Kennedy, that the statute was a permissible restriction on the time, place, and manner of speech and not on the content of that speech.

To be sure, the court later found that Westboro’s speech is protected by the First Amendment. In Snyder v. Phelps, a case which saw the father of a dead Marine sue Phelps for emotional distress damages, the Supreme Court, in turning away the father’s claims, found that the content of the speech was protected under the First Amendment and the father could not prevail on his tort claims. However, the court noted that “Westboro’s choice of where and when to conduct its picketing is not beyond the Government’s regulatory reach—it is ‘subject to reasonable time, place, or manner restrictions’ that are consistent with the standards announced in this Court’s precedents.”

At the end of the day, Westboro is free under Louisiana law to come to Louisiana and picket, march, dance, hop on one leg, and even do the warble wobble – – all at the same time. They are not free to do so near certain funeral areas or routes. Governor Jindal was right to ask the State Police to enforce our Disturbing the Peace statute.

Interested in more national news? We've got you covered! See More National News
Previous Article This Is What The Left Is All About In America Today
Next Article So What Exactly Is Mark Meadows Trying To Accomplish By Trying To Get Rid Of Boehner?