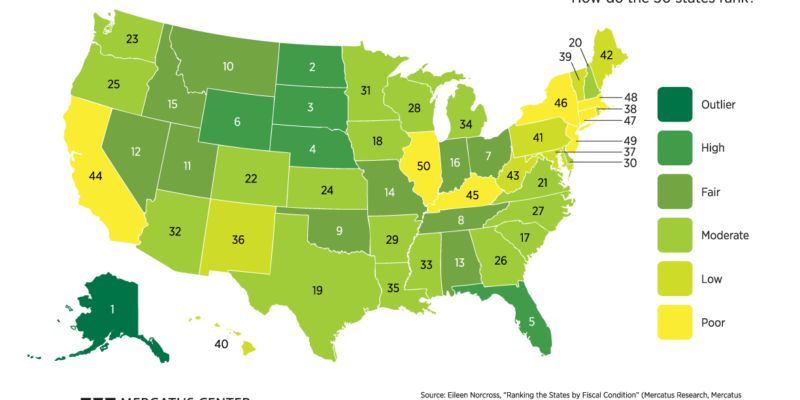 Blue states these days are just not keeping up with the fiscal harmony of red states.

In a new map by the Mercatus Center, all 50 states are ranked by their overall fiscal solvency. And guess what, blue states are not doing good.

Take a look at how each state ranks here: 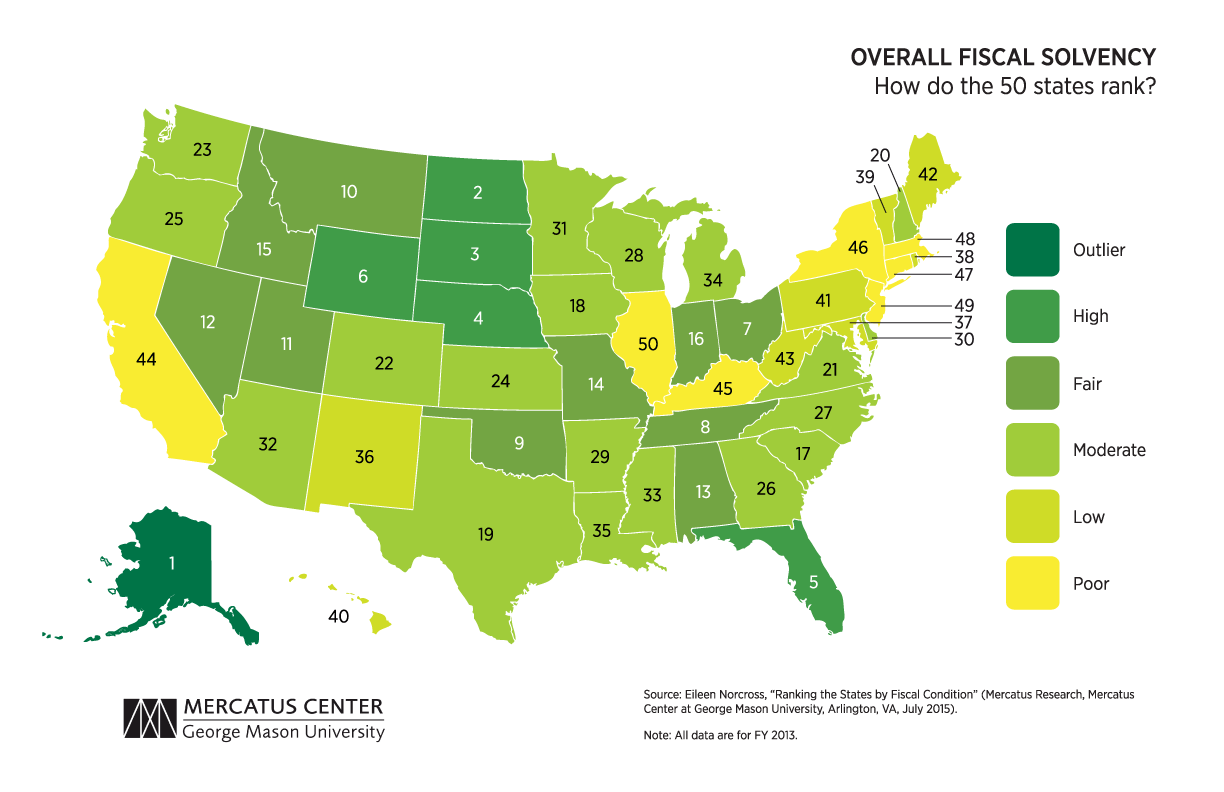 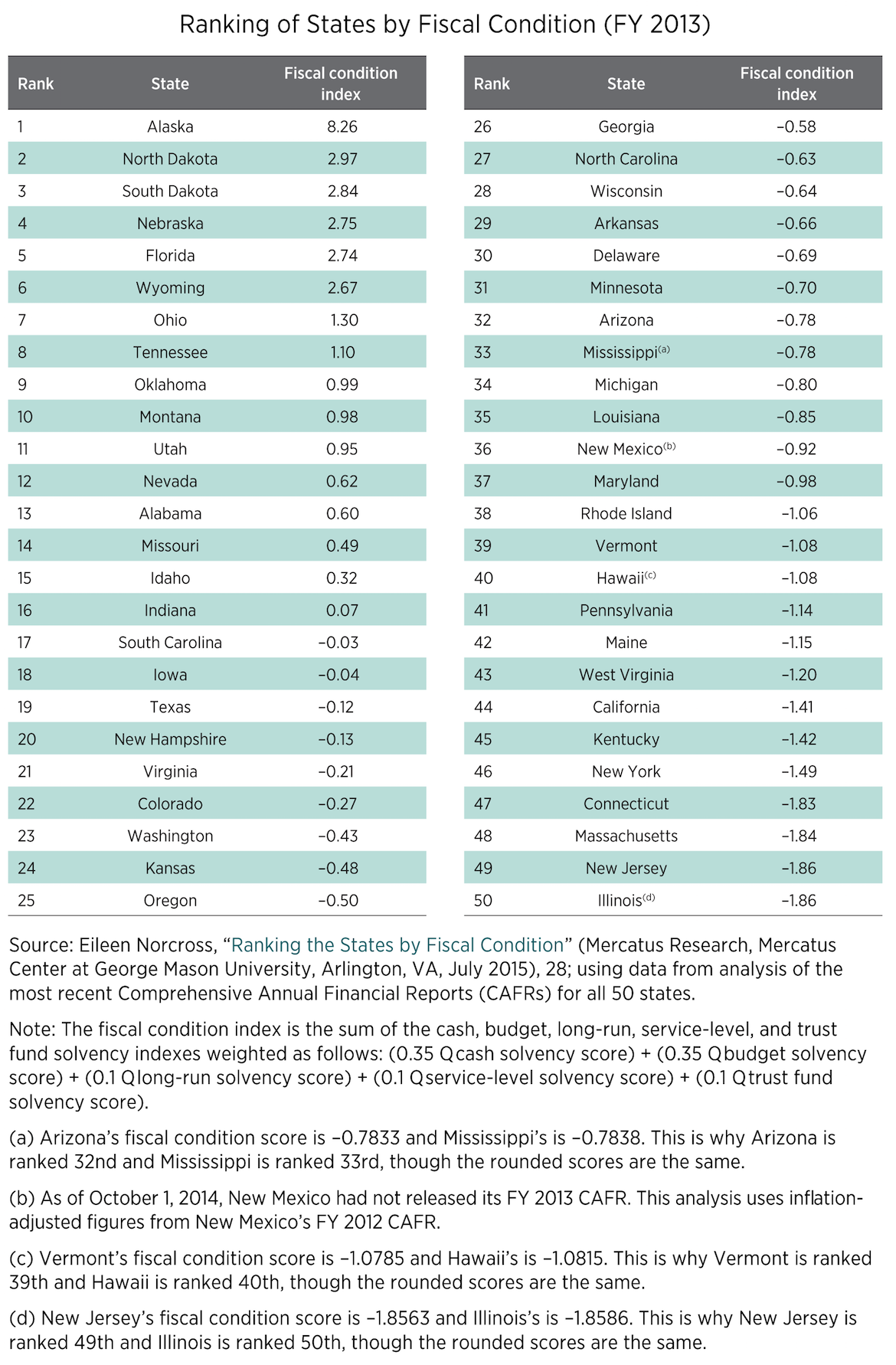 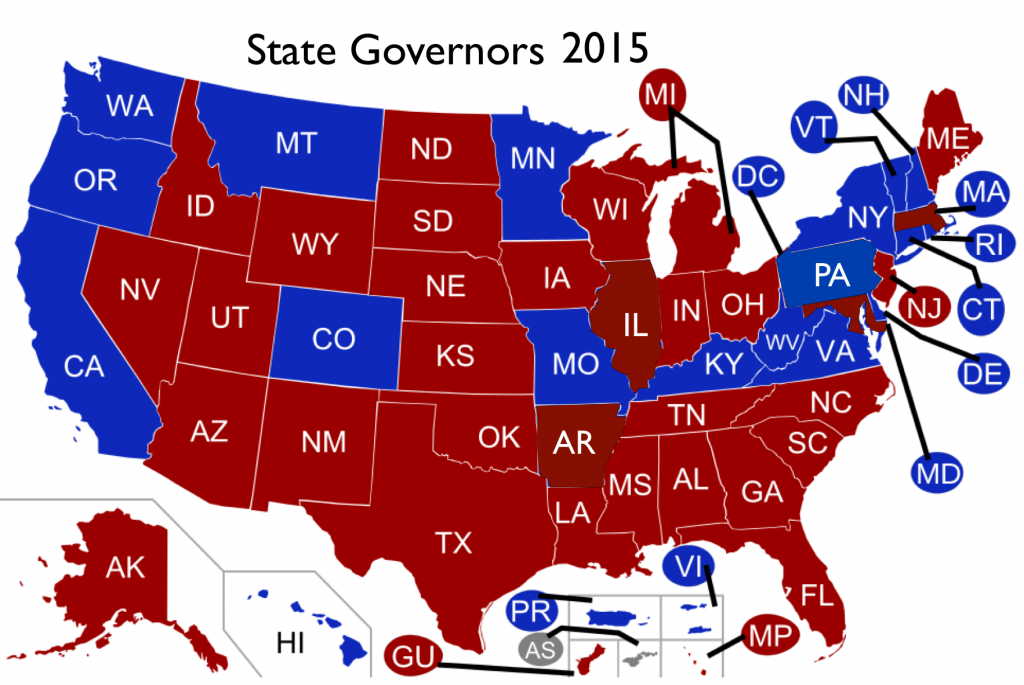 For a blue state like New Jersey that is run by Republican Gov. Chris Christie, the fiscal mess derives from the pension crisis that has long been going on, along with unbalanced budgets.

Speaking of budgets, Louisiana is one of the worst states when it comes to budget solvency. Take a look: 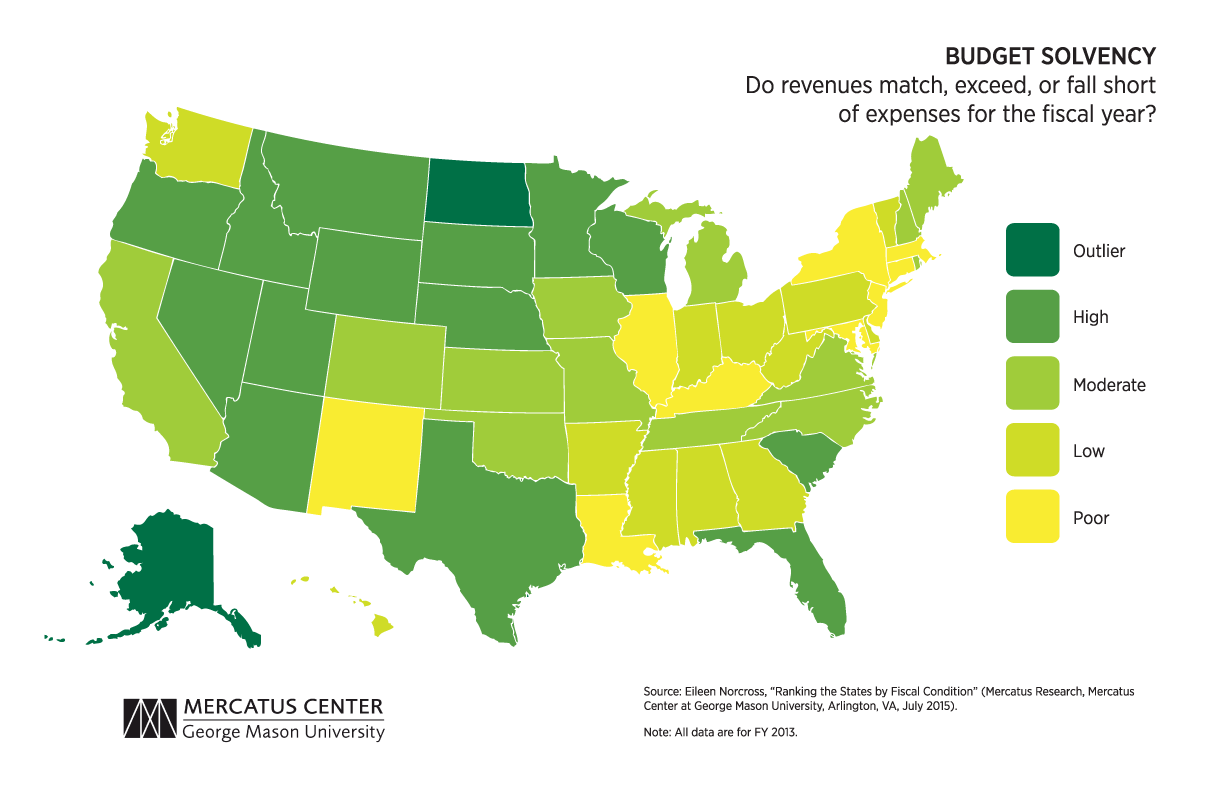 In terms of long-term solvency, though, red states have a huge upper hand on blue states. Take a look: 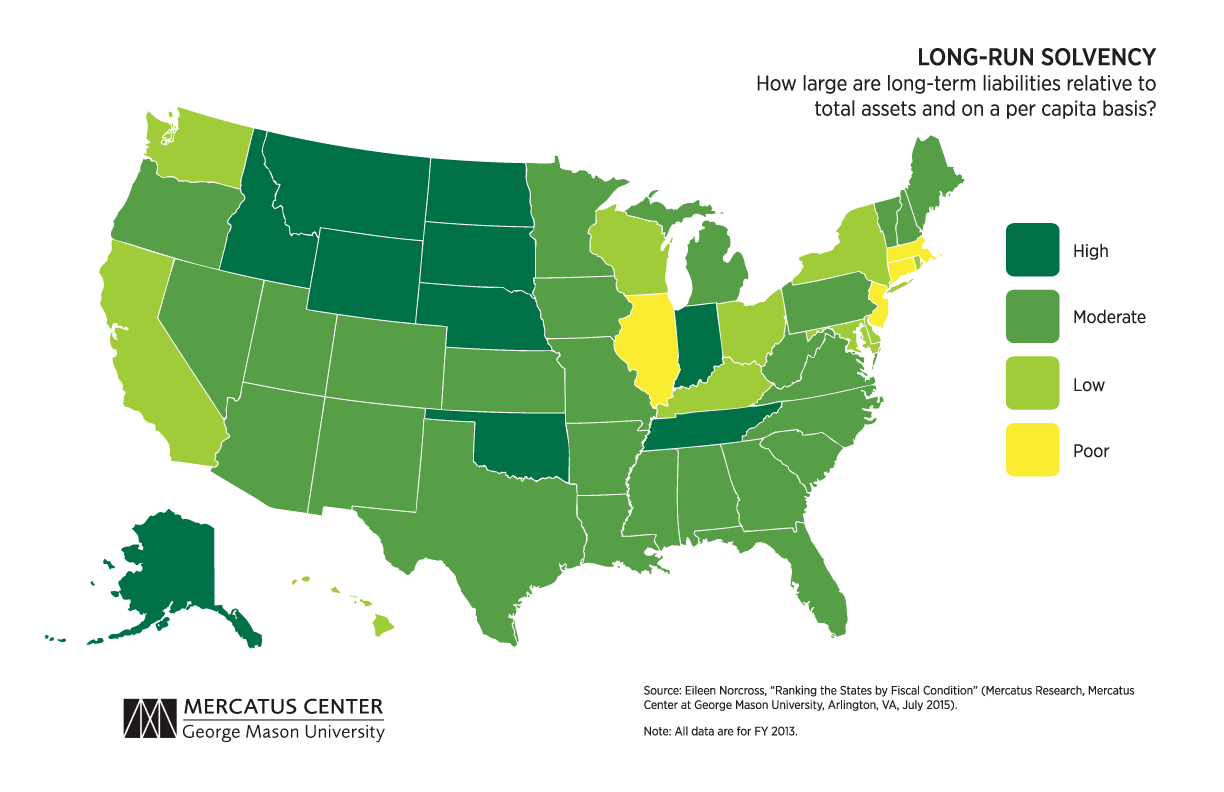