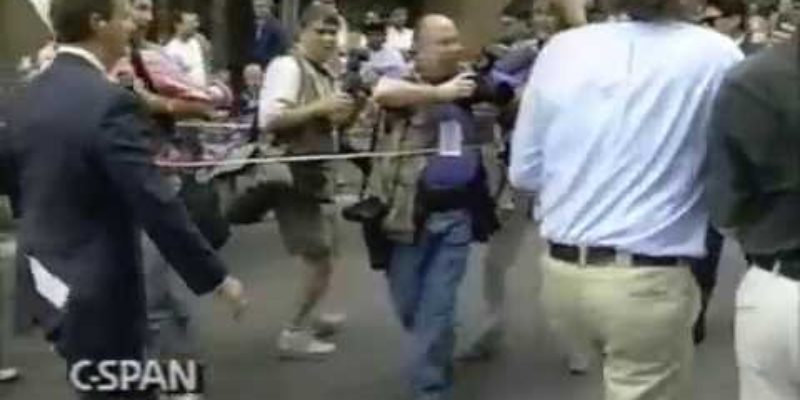 2016 presidential-hopeful Hillary Clinton is not the only Clinton who likes to rope off the press in order to keep them in-line and distant.

Watch our #ThrowbackThursday of Bill Clinton roping off the 1992 press corps:

It is no surprise that Hillary Clinton is following in the footsteps of her husband, as far as running for president and roping of the press. Here’s Hillary last week doing exactly what Bill did:

Interested in more national news? We've got you covered! See More National News
Previous Article And Tonight, We May Have Found A Dumber Democrat Than Karen Carter Peterson
Next Article TALLEYRAND: The Second Darkest Day In The History Of The South