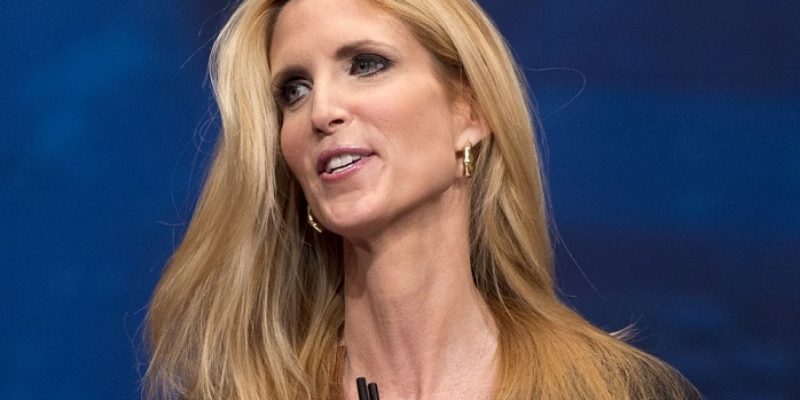 I cannot really remember a time where I actually enjoyed what Ann Coulter had to say, but as of late, she has been phenomenally unbearable. Just about the only positive thing I can say about her at this point is that she is arguably the best troll I’ve ever seen. Example:

I don't care if @realDonaldTrump wants to perform abortions in White House after this immigration policy paper. http://t.co/l7nq8gN7i5

Just take a moment and really let that sink in. Ann Coulter, who is supposed to be a voice for conservatism, is known for other such intellectual gems as “Three Cheers For Romneycare.” In an America where we are currently fighting to get public funding out of Planned Parenthood because of their overt support of abortion (a movement currently tied to the series of videos by the Center for Medical Progress detailing PP’s for-profit selling of baby body parts), Coulter shoots the pro-life mentality in the head in order to push a ridiculous, nativist, and all-around unenforceable immigration policy. And she does so loudly and proudly.

She is certainly not the only loud voice on the Right who is supporting Trump and what Trump stands for (the anti-Establishment part, not the still supports single payer part), and it is these voices who have now arguably gotten themselves into a corner. Mark Levin, Sean Hannity, Sarah Palin, practically the entirety of The Website Bearing Breitbart’s Name, and other big names. Each one of these Voices of the Right has one thing in common – they are entirely dependent on people listening to them.

However, Donald Trump could very well prove to be the double-edged sword in the hunt for ratings in the 2016 cycle. With this mindless immigration policy, the Trump campaign has now shown itself to be nativist in policy, which can be added to the bad and completely non-conservative policies of supporting single-payer, banning assault weapons, Bill de Blasio, funding Planned Parenthood, and creating a harsh wealth tax.

Should, as some polling is now suggesting, Donald Trump flame out and crash, then these loud voices have damaged themselves in the process by tethering their horses to him so early and so completely that there is no wiggle room left. These voices would do well to begin easing back and continue supporting party insurgency without tying themselves to one (incredibly non-conservative and totally ill-prepared) candidate.