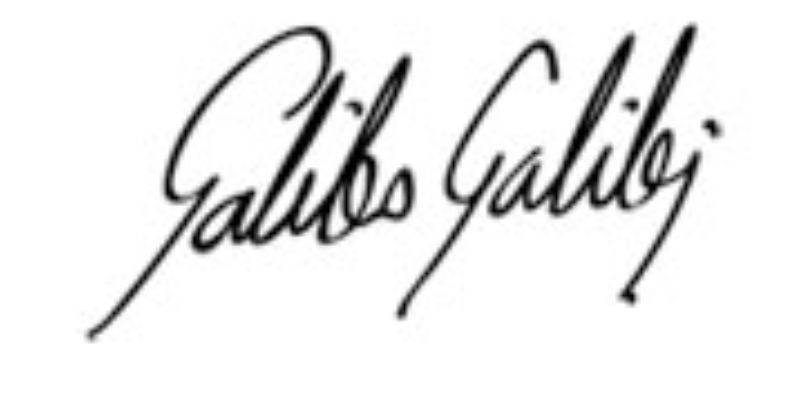 Editor’s Note: As it turns out, Oscar’s aunt happens to be the most prominent spiritual medium in the greater Barataria Bay area, and Tante Edith has informed us that the Hayride is read by many prominent personages of ancient pedigree throughout the globe – several of whom have recently undergone a political awakening from formerly having been loyal Democrat voters.

I was recently enjoying the full contentment of my eternal bliss, when I noticed I slowly began to rotate and then spin very rapidly inside my crypt. You, like me, may think that this may or may not be unusual, but since I am referred to as the “father of modern physics” by no less than Albert Einstein, I took notice of the unusual physical action of a corpse.

Since my death in 1642 I was able to escape the nonsense that was heaped upon me during the Roman Inquisition by what is today the successor Vatican organization referred to today as the Pontifical Academy of Sciences. It seems to me that the world is upside down. And not in the literal sense, but in the logical sense. Here I am, for the most part at peace, when I hear the nonsense postulated by Hans Joachim Schellnhuber in his vain attempt to understand the world through self-rewarding computer modeling rather than through observation and data most empirical. And even worse, in his own warped way, to control the world through the authority of the Vatican to promote the anti-Catholic hoax of global warming. And further to promote his goal of depopulation of the world from the current 7 billion to 1 billion. This is his actual stated goal.

Herr Schellnhuber is an unusual person claiming to be a scientist who, although he has numerous letters behind his name, avoids the necessary understanding of observation and interpretation in science. It seems to me that this man, who rather looks as though he belongs in a 1930’s  jet black Germanic uniform designed by Hugo Boss is trying to influence the Vatican state through the same basis for science as phrenology, eugenics and other pseudo-sciences that killed millions. And yet the current Pope has appointed this research funds grubbing huckster to the Vatican Pontifical Academy of Sciences.

Now I’m used to nonsense, look at my crime to the Vatican, I was simply looking for the truth. And in doing so I incurred the wrath of Pope Paul V. It seems that the pontiff took exception to my explanation of heliocentrism as being the way the solar system functioned with the sun being the center of ours, not the earth. Explained through empirical data and mathematics. You know the fight I fought, and it was for naught, and they delivered judgment to me “to abandon completely the opinion that the sun stands at the center of the world and the earth moves, and henceforth not to hold, teach, or defended in any way whatever, etc.” This judgment was rendered in 1616. So for the next decade or so I stayed way away from this controversy understanding the incredible authority, over life and death, of the Vatican. Just ask Giordano Bruno. They burned him alive for similar contradictory discussions just a decade before my trials.

I was encouraged with the election of Pope Urban VIII in 1623. He was a friend and he admired my analysis. He fully understood that in 1582 Pope Gregory XIII actually reformed the Christian calendar using heliocentrism. Pope Urban actually encouraged me to write my book, “Dialogue Concerning the Two Chief World Systems”, and asked me to give arguments for and against heliocentrism in the book. He did warn me not to advocate. Books of those days were presented allegorically. Now I admit the main character I created for my book, Simplicio, defended the geocentric view of the earth and he was proven wrong and he did come across as a fool. And the character’s name did mean simpleton. And unfortunately I put simpleton words in the mouth of Simplicio. And those words were in fact the argument of Pope Urban. Ooops. Probably not a good idea.

So I was called back to Rome to defend my writings. And this time I did not fare so well. They found me to be a heretic, for my foolish belief that the sun lies motionless at the center of the solar system. I was sentenced to formal imprisonment at the pleasure of the Inquisition. Meaning they could do whatever they want to me. My book was banned, and they went a step further and banned everything I had ever written, and anything I would write in my lifetime. I was required to recant my theory. So I recanted to avoid the burn but afterwards I said, “And yet it moves”. After a stint in the Vatican dungeon, the Archbishop of Siena was able to obtain my release but I was required to spend the remainder of my life under house arrest doing penance. So for the remaining nine years of my life I remained isolated.

So why my need to comment now after all these years? Because it’s happening again at the Vatican. It seems obvious to me that I came under the wrath of the pontiff for uttering the truth. He disagreed and it should be pretty clear that in 1623 you didn’t disagree with the Pope. So here we are nearly 400 years later and we have a new Pope. He seems to be more of a politician than a “pontiff”, the bridge to God. We shouldn’t be completely surprised, many priests from Central America have a distinct political point of view that ranges from moderate socialism to outright communism. This one clearly walks and talks like a socialist/communist and shows all the signs of being a typical Argentine Peronista. Which again is so ironic considering how communists feel about religion and how Peron, and his Evita, gutted Argentina.

Now the Pope uses his office most high to promote a dangerous theory that truly has no basis in fact. Its true basis is in obtaining nonstop government funding for research that will prove nothing. The Pontifical Academy again rolls around the words heretic and excommunication to support their power keeping them in glorious coin. So now we have the Pope who is teamed up with a pseudo-scientist eugenics driven and gaianist dirt worshiper who believes in radical population control and most things contrary to general Catholicism. All in order to develop an papal encyclical, rooted in scripture, for the Vatican to take a position on a science not based in fact but based in a modeled concept yet unproven so It appears that the Vatican heads the mindset of Aristotle once more. The “because I said so” argument seems to rule the day.

It’s odd that in this way Pope Francis seems quite similar to Pope Urban. Neither would allow actual fact based science to be considered in the formulation of Vatican opinion and policy. Both sought support for their individual theories through academics who will say anything to gain power and cash. Where are we when we allow usurpers of the true faith to dictate policy through authority that is intentionally false? My message to you is to pray for deliverance from fools and charlatans.

Being guilty of heresy, I was prohibited from a burial place of honor in the basilica and my body was relegated to an unknown shelf in a back room. By 1737 opinions on my theory changed to the point where a monument was erected to me and my remains were moved to the main area of the Basilica where I rest today. When they moved my remains to my current berth they actually kept the middle finger of my right hand as a scientific relic. It is currently on exhibit at the Museo Galileo in Florence Italy. Hopefully it’s facing in the right direction.

Interested in more national news? We've got you covered! See More National News
Previous Article Low Popahirum, August 5, 2015
Next Article Governor Jindal Can Do This One Simple Thing To Cut Down Food Stamp Use In Louisiana