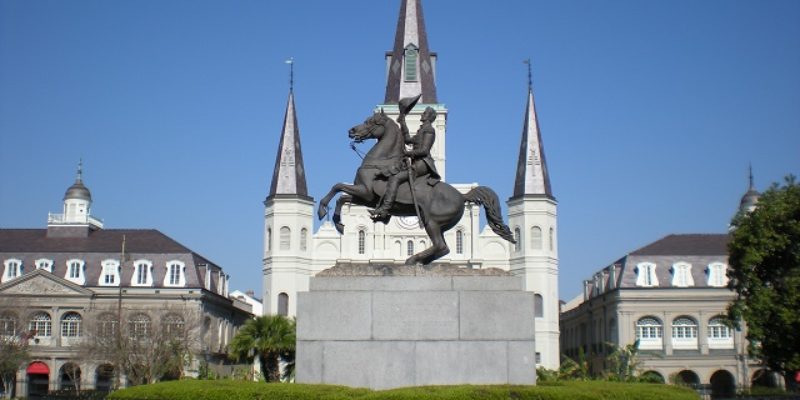 Some outfit that calls itself the Data Center released a report that slammed New Orleans as having the second highest level of income inequality in the United States.

Here’s the report from the Times-Picayune:

The workers live in a city that ranks second in income inequality among 300 U.S. cities.

Nearly 60 percent of them earn less than what is needed to cover household costs, while roughly half are forced to commute out-of-parish for low-wage jobs. As a result, one in three children live in poverty despite having at least one parent in the workforce.

And the people pictured in this portrait will more than likely be black with close to 83 percent of people living in poor communities reporting as African-American.

This not only affects the individual families, but the entire city.

“Poverty is not just an economic issue, it is a resilience issue as well,” the Data Center states in a report that looks at how the working poor have fared in the 10 years since Hurricane Katrina. “Low-income households struggle to bounce back from disasters and economic shocks, more so than those who are comfortable. This community’s capacity to be resilient after a disaster is hindered if large segments of the population are working poor.”

And they have come up with some ideas to fix this. Here they are:

the first of which promotes programs that develop skills as opposed to simply placing people in jobs that might not have opportunities for upward mobility. These programs, which are often run through community colleges, target jobs where industry-recognized credentials are available such as nursing or computer technology.

So far, so good. I want to see an actual proposal though on this.

Second, the Data Center encourages the city and state to include wage requirements in economic development subsidy programs.

What the state and city need to do is phase out these subsidy programs. Louisiana needs to get out of the business of subsidizing businesses and instead move towards reforming its tax code and tort system.

Third, the Data Center suggests that the state pass a law increasing the minimum wage. And, if it is unable to do that, it should mandate paid sick leave and increase and enforce penalties on companies that pay below the minimum wage.

This will make the situation for these workers even worse. Businesses will face a choice between paying the minimum wage or letting that employee go. It does no one any good if these businesses can’t make money.

Last, the Data Center proposes policies that improve services in the communities where the working poor live to make their lives easier.

“Policies to expand public transportation routes, lengthen service hours, and expand transportation options between areas with high concentrations of low-earning workers and the employment centers in which they work can help workers connect more reliably and efficiently to their jobs,” the Data Center says. “Reliable, affordable job access will likely become increasingly important for both employees and employers in Southeast Louisiana, where major growth in well-paying jobs is expected to occur outside of major population centers.”

Good luck developing the plan and funding it. Plus given the geography and topography of metro New Orleans, such a plan is not realistic. Subways are not an option due to the high water table. A light rail system will be difficult to construct. Local bus service is not a serious option in the 21st century.

This will need an outside the box solution. Perhaps some kind of subsidized ride-sharing program?

What we have are the usual slate of left-wing proposals that are simply not realistic. They have been rejected time and time again for that reason. This time is no exception.