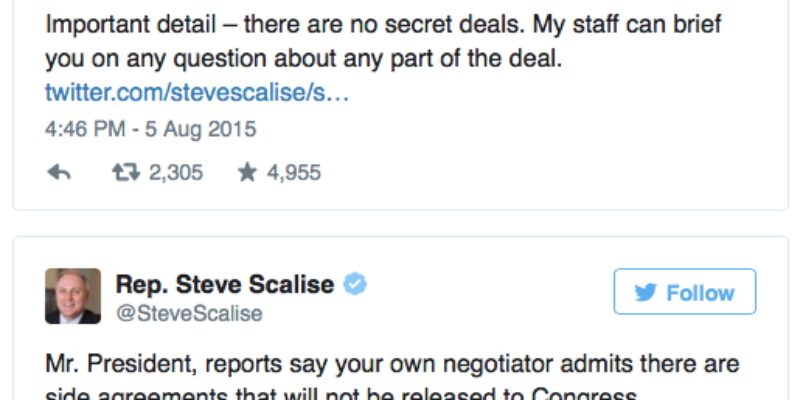 Rep. Steve Scalise (R-LA) is not happy about President Obama’s nuclear deal with Iran, which has many suspicious about what exactly the deal is.

Scalise took to Twitter yesterday to call out Obama for his supposed secrecy in the Iran nuclear deal. When Obama got word of Scalise’s tweet, he sub-tweeted the Majority Whip, claiming there are not secrets in the deal.

Then, Scalise lowered the boom on the President, tweeting him an article where one of his negotiators with Iran has admitted that their are details about the deal which will not be released to Congress. Check out the Twitter fight here: 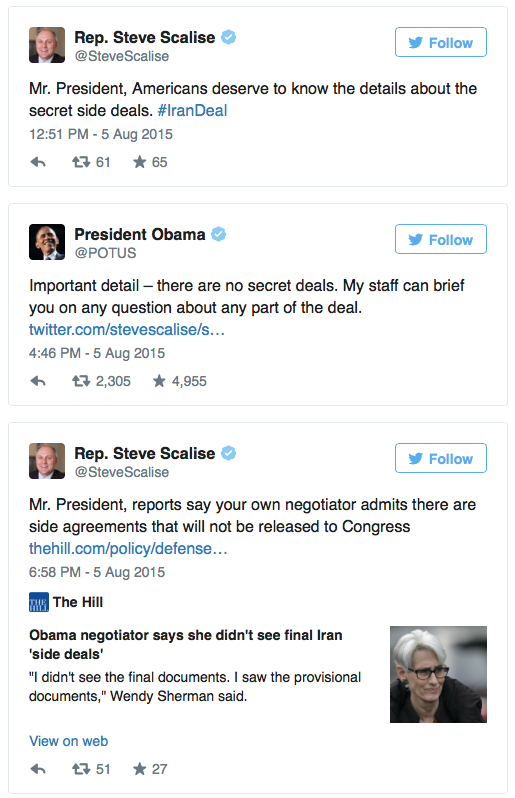 Interested in more national news? We've got you covered! See More National News
Previous Article New Orleans Conducts Its Own Study On Smoking Ban And Finds That It’s Downright Fabulous
Next Article The Data Center Comes Up With Dopey Proposals That Will Make New Orleanians Poorer