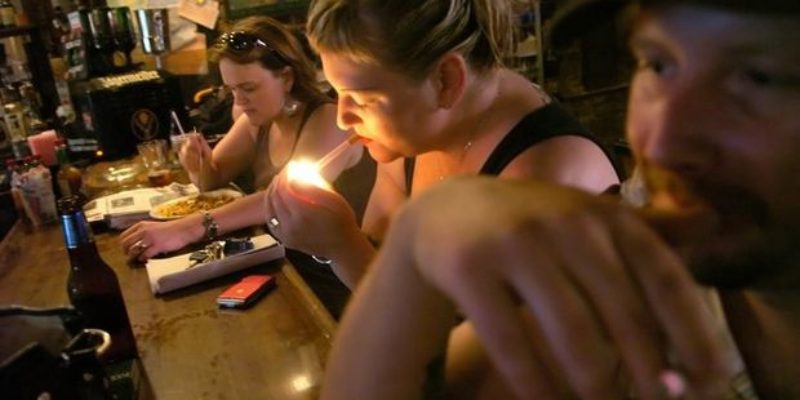 The city of New Orleans has released a study that it conducted itself to determine that the smoking ban is working out great for residents, business owners, tourists and bar patrons.

As Mitch Landrieu tweeted on Twitter yesterday, the study found a 96 percent reduction in the level of fine particle air pollution within a sample of venues in the city before and after the smoke-free ordinance took effect.

The smoke-free study examined 13 bars, four of which did not allow smoking prior to the ordinance, and one casino.

Obviously the air in these venues is more clear. But, that does not mean business owners and bar patrons are all that happy.

Immediately following the smoking ban in the city, business owners across New Orleans filed suit against the city on the grounds that the ordinance was vague and New Orleans City Council members were not given the correct information on the impact of the ban ahead of voting for it.

Those business owners’ case was ultimately thrown out by the district judge.

Also, the study does not begin to mention the possible impact on crime because of the smoking ban. Just a few months ago, bar patrons in the Marigny neighborhood were robbed at gunpoint on the street because they had to go outside to smoke a cigarette.

The smoking ban may be all smiles and cheers for Landrieu’s administration, but for those who disagree, they’ll be kicking and screaming all the way until the smoking ban is overturned.