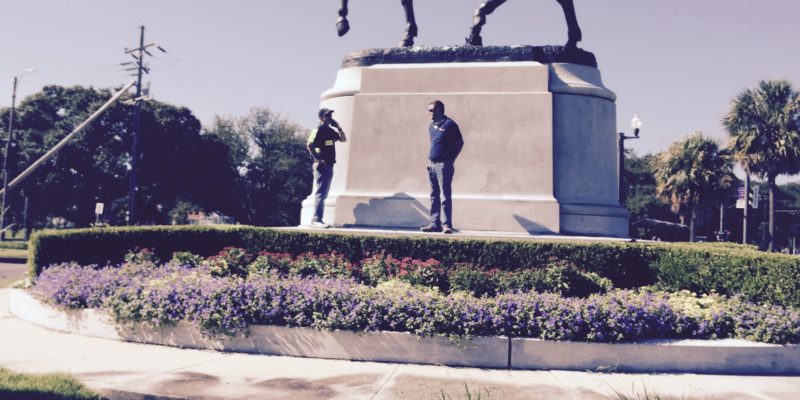 The New Orleans City Council has yet to officially approve the removal of four Confederate-related monuments in the city, but it seems that construction crews are already planning to remove the monuments.

An eyewitness told the Hayride that two men who identified themselves as H&O Investments employees were at the PGT Beauregard City Park monuments measuring and discussing removing yesterday.

The eyewitness said the two men, which later turned into three men, were measuring the base of the PGT Beauregard monument.

The men were apparently discussing how the PGT Beauregard monument was the heaviest out of the Lee Circle monument, the Liberty monument and the Jefferson Davis statue, all of which Mayor Mitch Landrieu has requested removal of.

Later in the day, another eyewitness saw a group of men similar to those seen at the PGT Beauregard statue measuring and discussing removal at the Liberty monument.

Here are the exclusive photos obtained by the Hayride of the citing at the PGT Beauregard statue: 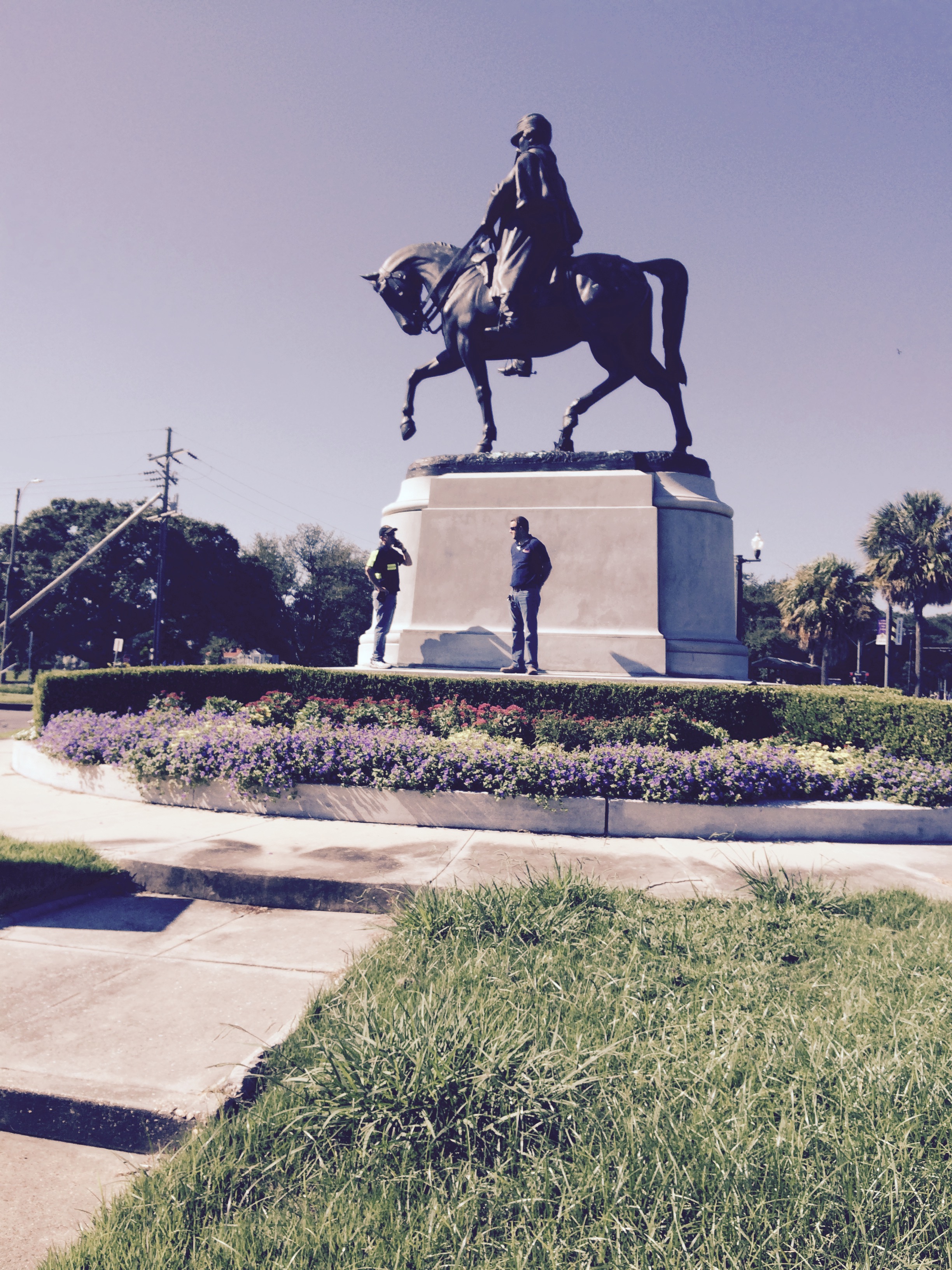 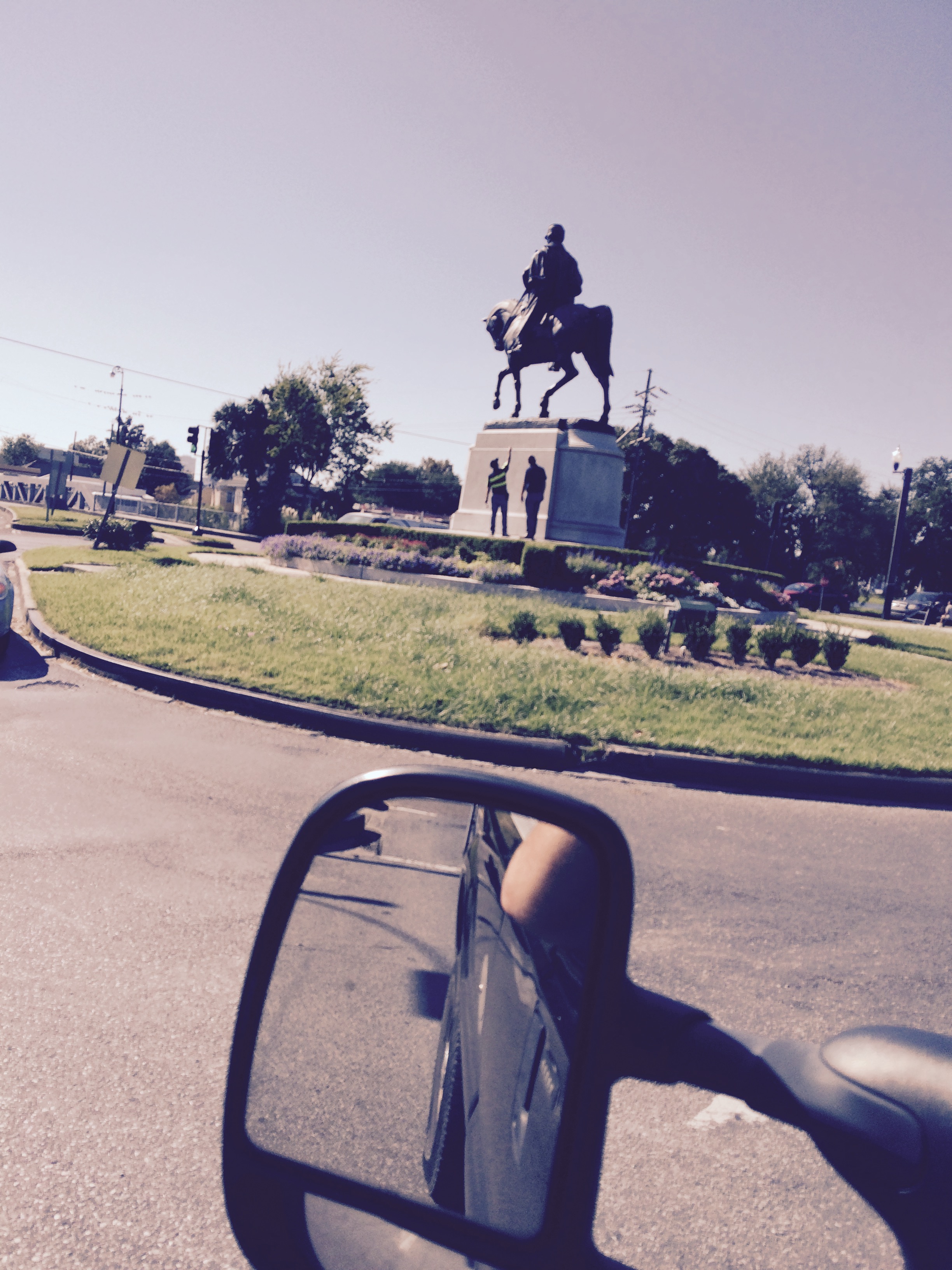 H&O Investments is no stranger to the city of New Orleans. The company has worked with the city in the past to replace the gym floor in a recreation center in the Treme area.

Previously, the Hayride exclusively reported how the Landrieu administration has allegedly had the plan to remove the four monuments and store them for over a month now.

If that is in fact the case, Landrieu would be planning for removal and housing the monuments before the New Orleans City Council has even approved the measure and it would have cut into his ’60-day public discussion period,’ which he called for back in July.

Interested in more news from Louisiana? We've got you covered! See More Louisiana News
Previous Article The Low Popahirum, September 23, 2015
Next Article It Seems Like We Have A Vitter-Angelle Primary Going On