Just as Mayor Mitch Landrieu of New Orleans gets his entire administration publicly on-board with his proposal to remove four Confederacy-related monuments, including Lee Circle and the PGT Beauregard City Park monument, the Department of Property Management is saying that it dished out thousands just this year to keep up the monuments.

In a letter addressed to the New Orleans City Council, Department of Property Management George Patterson is following in Landrieu’s narrative that the monuments are a ‘nuisance’ to New Orleans taxpayers.

Patterson writes that the city, just this year, has already paid just over $4,000 to remove vandalism from the monuments, citing graffiti on Lee Circle, the PGT Beauregard and the Jefferson Davis monument.

In the same letter, though, Patterson said the city does not have any money set aside or allocated toward keeping up historical monuments.

Also, it is not mentioned when exactly these monuments were vandalized. Following Landrieu’s call to remove the monuments, #BlackLivesMatter activists vandalized particular monuments and other statues were hit with vandalism.

This vandalism was a direct reaction to Landrieu’s assertion that the monuments were racist and supported white supremacy. It is also not mentioned by Patterson whether or not the city has had an ongoing issue with dishing out money in previous years to clean the monuments.

Though, the city should not be spending any money on the upkeep of the monuments, as they have not done so for decades now.

A couple of weeks ago, the Hayride exclusively reported how the city may be throwing tax dollars purposefully at the monuments in order to cite later that they are a ‘nuisance’ to the taxpayers of the city.

The Monumental Task Committee Inc. (MTC) in New Orleans is a 25 year-old non-profit dedicated to the upkeep of all historical monuments in the city and they do it for absolutely no charge to the city.

Whenever vandalism, or anything else happens, to any historical monuments in the city, they are the ones that come out and clean the monuments. And the city knows this. In fact, the city has known that MTC does this for decades now.

In one case, MTC volunteers were out cleaning the PGT Beauregard monument when a man known as the ‘Grey Ghost’ showed up to paint over the vandalism. It turned out that the city sent the man after paying him $900 to do the work.

But, why would the city send out the man to paint over the vandalism when the city knows the MTC will do this work for free?

In Patterson’s letter to the City Council, he says that the Department of Property Management is responsible for removing vandalism and it requires “skilled/trained proffesionals” to carry out the job.

However, sources said that the ‘Grey Ghost’ is not a professional in removing vandalism. Actually, the MTC is skilled and has the proper tools to remove vandalism.

Sources also told the Hayride that Patterson has been told that the ‘Grey Ghost’ is not professionally trained to clean the monuments in the city, though that note has seemed to have gone ignored.

Also, Patterson fails to mention that vandalism this year is not limited to the four monuments Landrieu has asked be removed.

The Hayride has obtained photos of a multitude of other monuments which have been vandalized recently, many in which the MTC has removed the vandalism, free of charge to city as usual. Take a look: 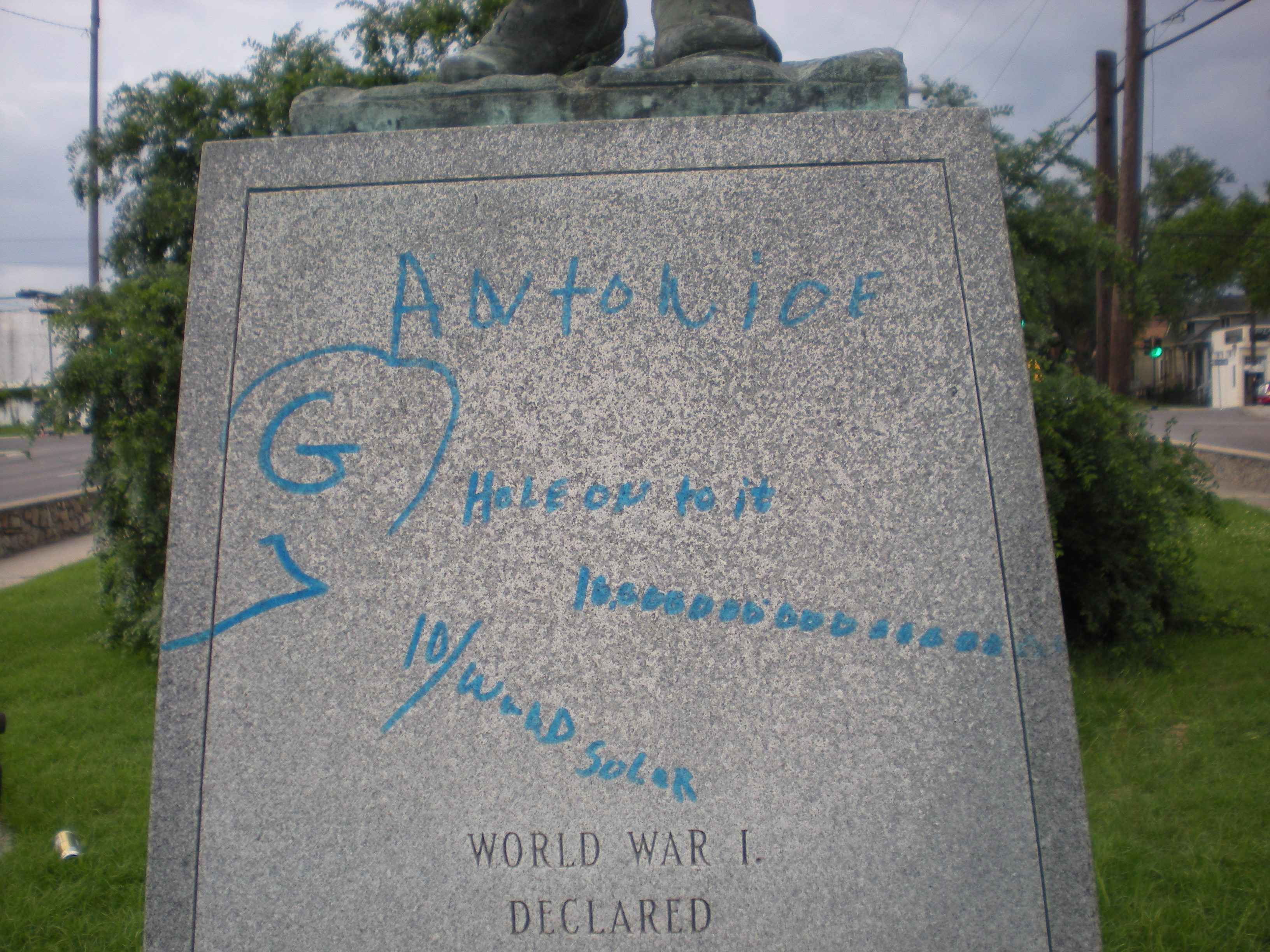 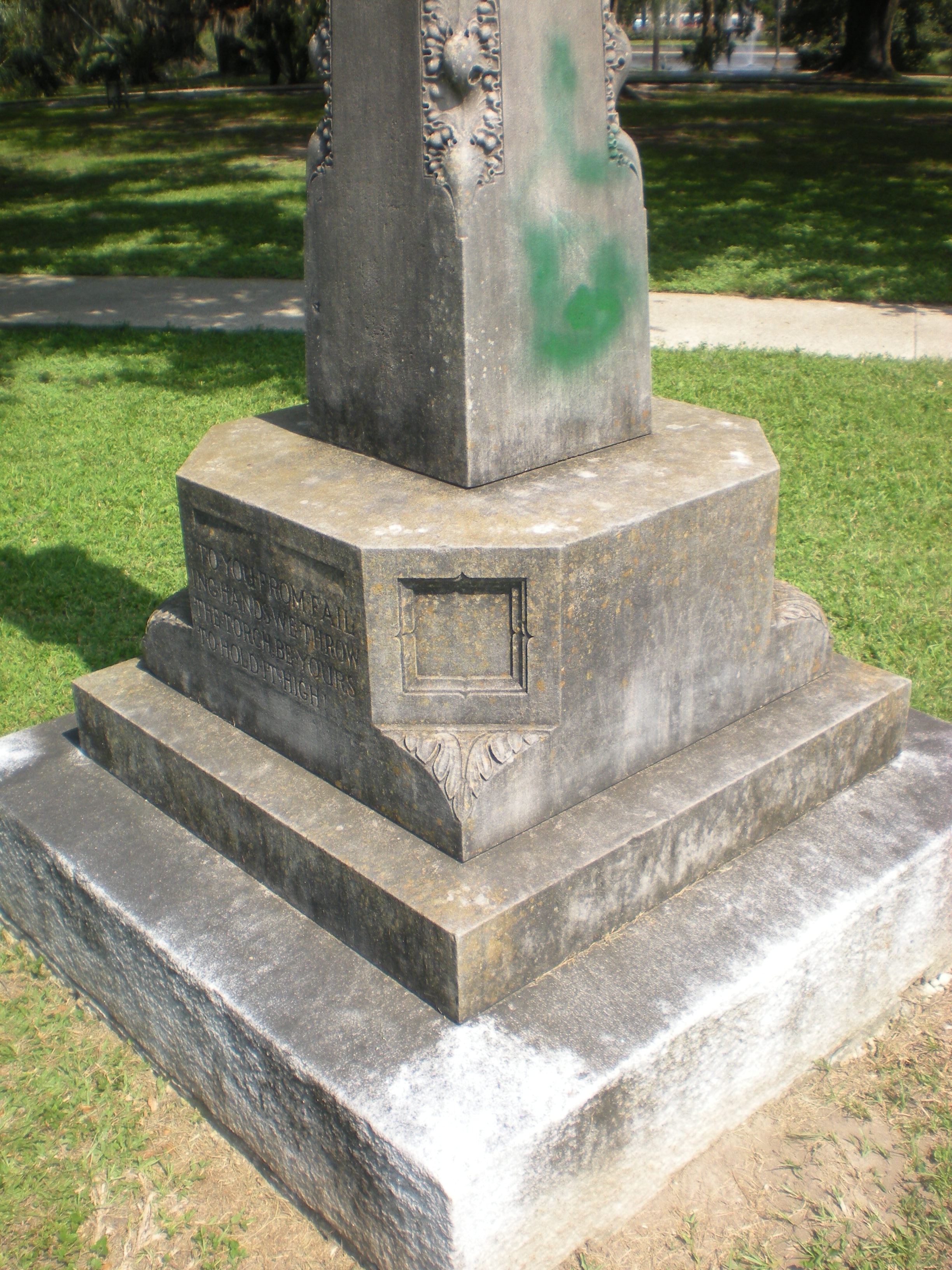 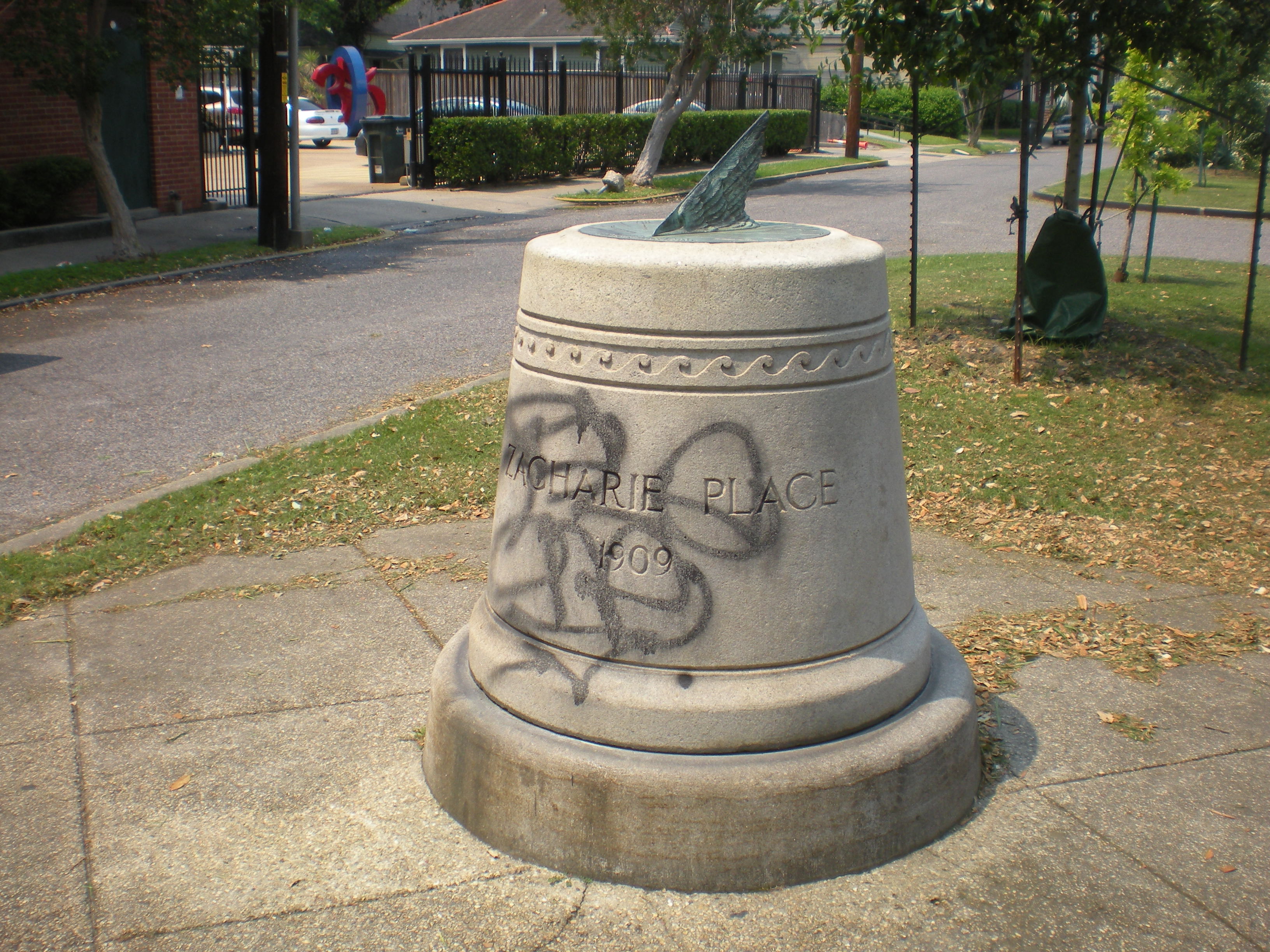 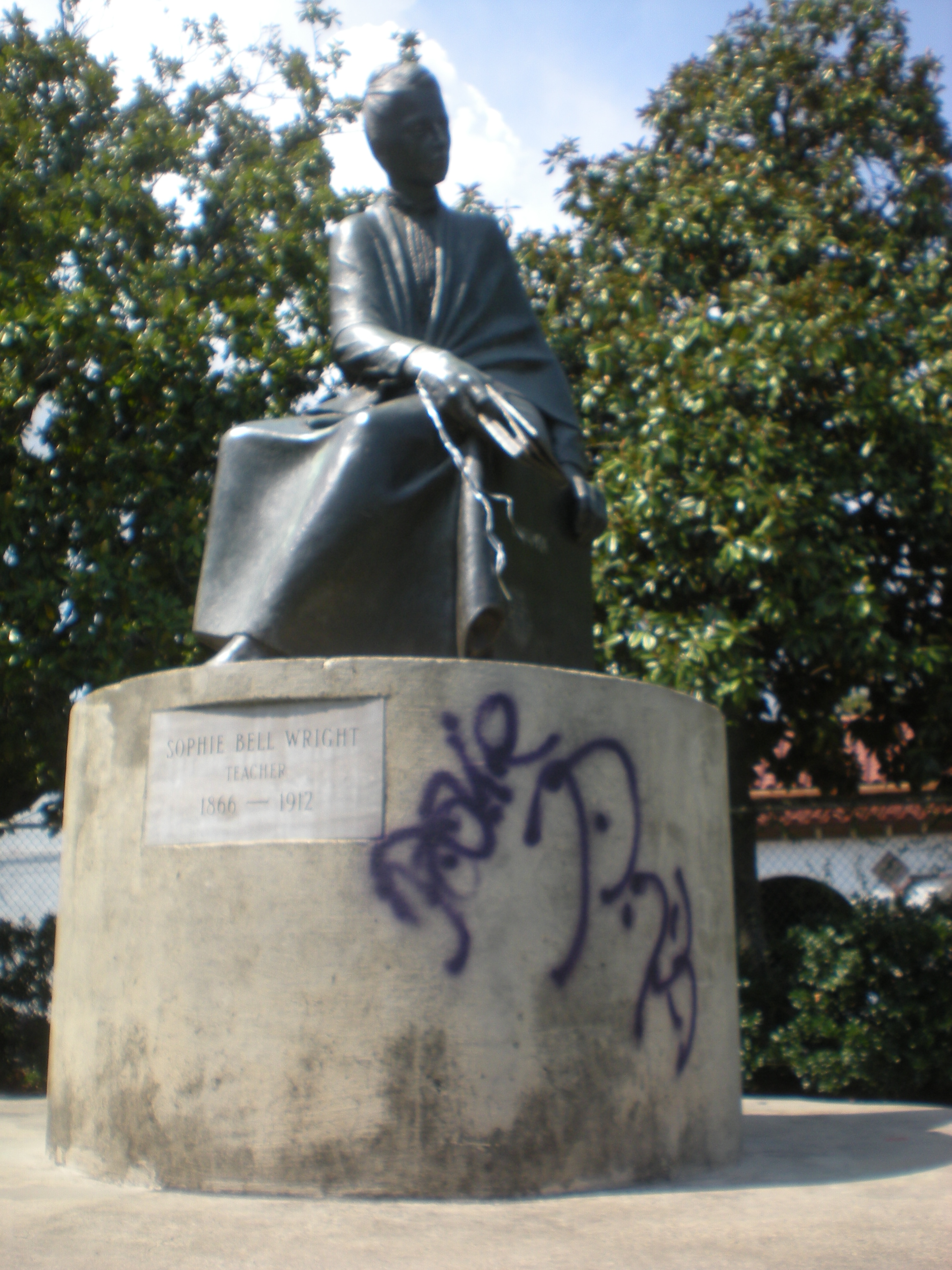 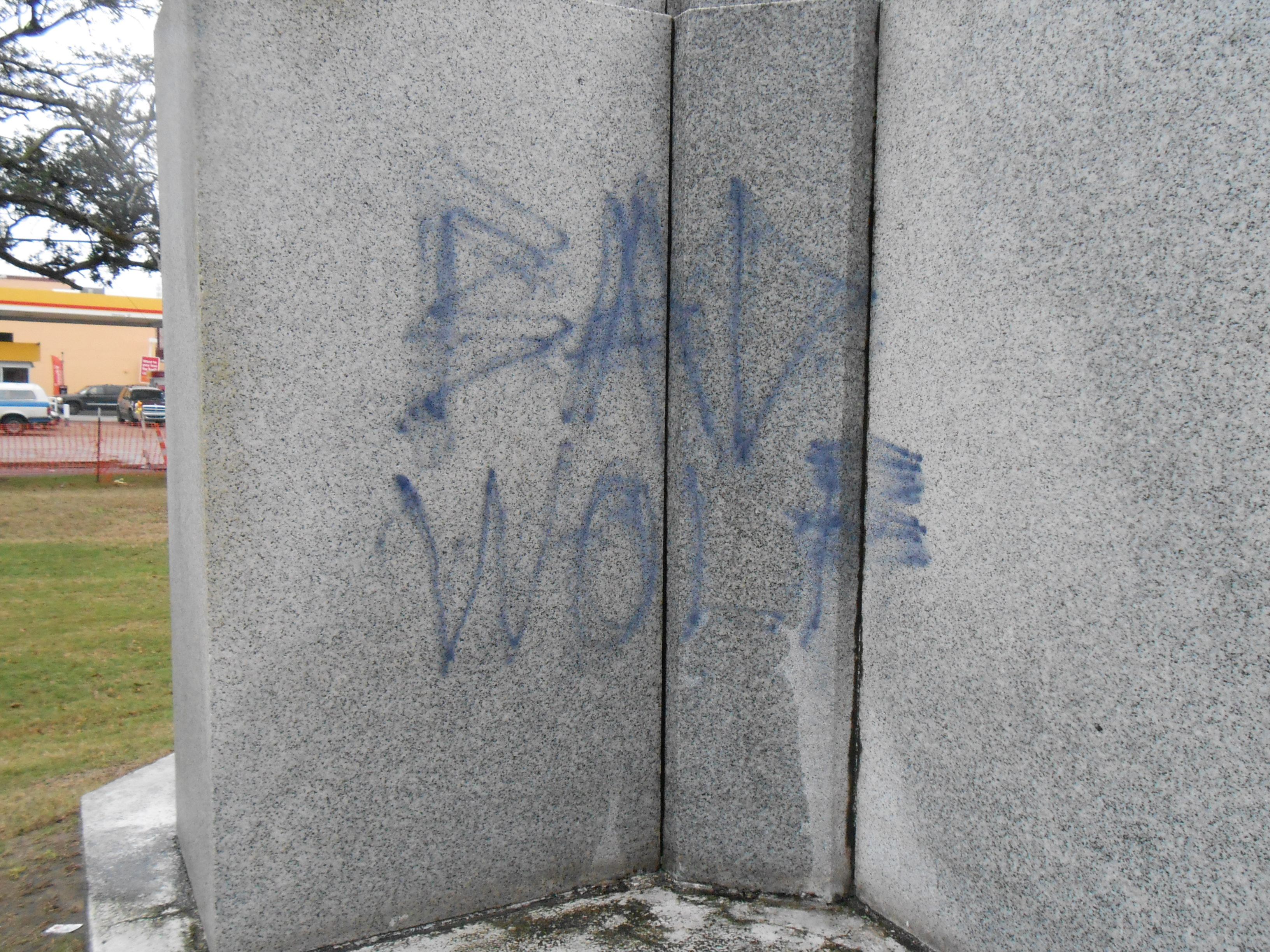 Interested in more news from Louisiana? We've got you covered! See More Louisiana News
Previous Article Scalise Is Touting Budget Reconciliation As A Means Of Killing Planned Parenthood’s Funding
Next Article The Grumpy Voter’s Guide To The Second GOP Debate