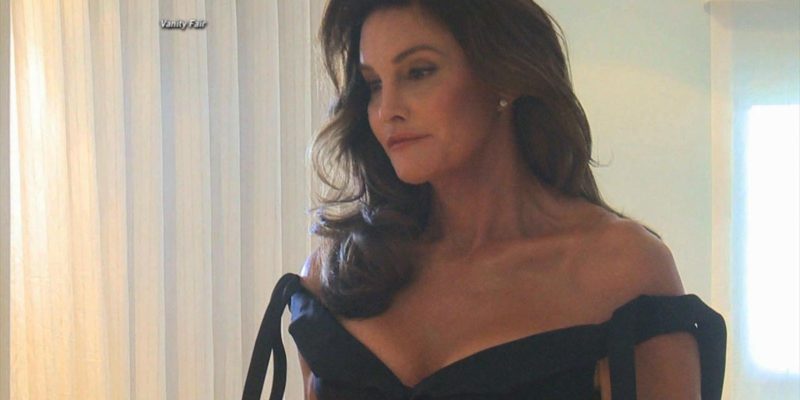 To the leaders of the gay community, you’re either with them, or you’re a downright hateful human being.

Chances are, you have not been watching Caitlyn Jenner’s television show on E! called ‘I Am Cait.’ Not because you are not fascinated with ridiculous celebrity nonsense (everyone is, but no on wants to admit it), but because the show is incredibly boring.

In fact, every single episode is basically a montage of Jenner’s hands. For some reason, the cameramen are obsessed with Caitlyn’s masculine fingernail-painted hands. It’s actually sort of creepy at this point.

Anyway, Jenner is not much of anything these days. She just hangs out around Malibu, pretends she’s not related to the moronic Kardashian clan and nobody really cares or pays attention.

That was until Jenner went on the Ellen Degeneres Show this week and was asked about gay marriage. Which isn’t shocking at all because lesbians always want to discuss political views at any hour of the day just to drum up some conflict. (Think Ellen Page, also known as Jodi Foster’s more annoying and poorly dressed lesbian sister, yelling at Ted Cruz during a barbecue)

Of course Jenner was only asked about gay marriage because Ellen remembered that she had mentioned before that she was, in fact, a Republican.

And being a Republican in Hollywood is worse than being a Christian in Hollywood. Either way, you’re a member of ISIS at this point, except Hollywood likes radical Muslisms better. So you’re actually worse than ISIS. You’re more like a Cardinal at the Vatican, which is just the lowest of the low for Hollywood stars.

So Ellen asked and Jenner responded with this: “I’m a traditionalist. I’m older than most people in the audience. I kind of like tradition, and it’s always been a man and a woman. I’m thinking, ‘I don’t quite get it.”

“I think, like a lot of people on this issue, I have really changed my thinking here to, ‘I don’t ever want to stand in front of anybody’s happiness,’” Jenner said. “That’s not my job, okay? If that word – ‘marriage’ – is really, really that important to you, I can go with it.”

Essentially, Jenner is not all that impressed with marriage or gay marriage in general.

You would think this would cause a firestorm against Caitlyn. But, it didn’t.

After Ellen went on Howard Stern to discuss Jenner’s interview (where she tells us how much she loves marriage and gay marriage and gay wedding cakes and gay tuxes and gay bribes), there was no complaints from anyone in Hollywood about Jenner’s traditionalist viewpoint.

Quite the opposite actually. Instead, Hollywood elites took to Twitter to say that Caitlyn deserves “room to grow” and “evolve” on the gay marriage issue.

But, I thought that if you’re against gay marriage, you’re a racist, sexist, bigoted, transphobic homophobe who deserves to be burned at the gay stake? (‘Gay stake’ is not to be confused with just a ‘stake’ because ‘gay stakes’ are glittery)

They were all lambasted for being traditionalists and opposing gay marriage.

See, you only get a pass from the gay leaders of the gay community when you’re a certified ‘victim.’ Nothing is more ‘victimhood’ than being a transgendered person these days.

Since Caitlyn’s a ‘victim,’ she can say and do anything she wants (like killing an elderly woman with her car).

Sidenote: Isn’t it odd that the public barely knows about Jenner’s fatal car wreck that killed a woman? It was barely talked about because all we kept being told was how fabulous she looks in a dress.

Kentucky Clerk of Court Kim Davis (who was wrong on that issue, but still should not have been jailed) is a perfect example of the double standard. She is not even a public figure and yet her views opposing gay marriage was looked into more than Hillary Clinton’s private email account.

Davis, Robertson, the Cameron’s are not certified ‘victims’ though, so they do not get a pass or get the ‘let them grow’ response to their opposition of gay marriage.

The only way to oppose gay marriage publicly is to first declare yourself a victim of some cultural norm that liberals hate.

For instance, if you’re Johnny Depp, you cannot simply say that you’re opposed to gay marriage. You’re a straight, while male. You need some ‘victimhood’ status to begin.

First, you need to hold a press conference and come out as a transvestite hermaphrodite that needs to be accepted and loved and coddled by society.

Then, when you start living as your true self in skin-tight Versace and kitten heels, you can come out against gay marriage. This way, no one in Hollywood will say a word because they can’t, you’re a victim.

Now, if you want to oppose gay marriage but not declare yourself a victim of culture first, there’s no helping you. You’ll be ridiculed, which can be quite fun, just ask anyone of us that works at the Hayride.

Then again, conservatives are ridiculed everyday, so just keep trucking forward traditionalists. Hollywood will eventually be wiped out by a massive California earthquake anyway.